Turkey Claims They Warned Belgium Not to Release Brussels Terrorist 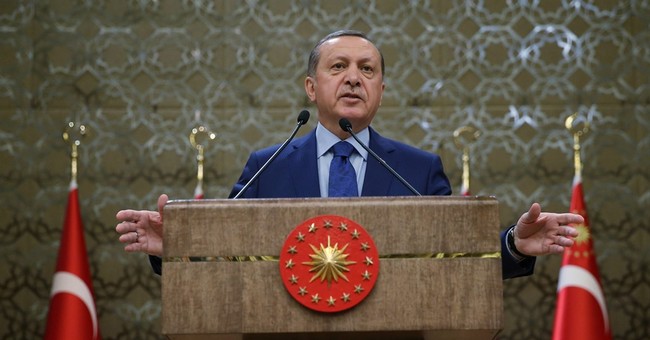 Ibrahim El Bakraoui was one of the suicide bombers who blew himself up and killed dozens in Brussels Tuesday morning. Turkish President Recep Tayyip Erdogan claims this tragedy could have been avoided had Belgium listened to his warning.

El Bakraoui, along with his brother, Khalid, had criminal pasts but were not connected to terrorism before carrying out Tuesday's carnage. Yet, Erdogan insists he told Belgium authorities that El Bakraoui was a dangerous militant. Belgium apparently did not listen.

Ibrahim El Bakraoui was detained in the Turkish city of Gaziantep in June 2015 near the Syrian border and then deported to the Netherlands a month later at his own request, said President Recep Tayyip Erdogan.

But El Bakraoui was later freed by Belgium which "ignored our warning that this person is a foreign fighter", added Mr Erdogan.

If Erdogan is correct, then Belgium has some serious explaining to do. This failed oversight is just another example of Europe's lenient immigration policies. Between that and the inefficient airport security, who could not even pick up on bright red flags captured by airport cameras, Belgium is much too vulnerable to terror.