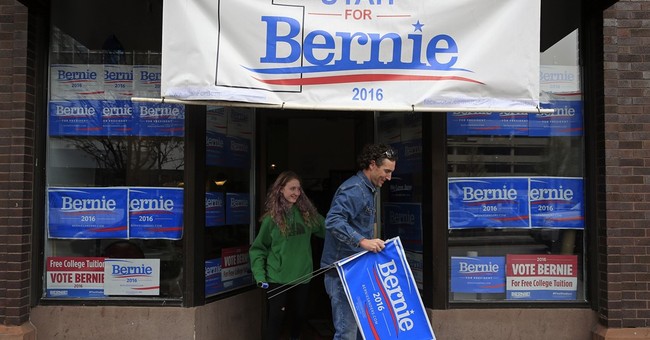 Update (2:30 AM ET): Bernie Sanders has won the Idaho caucus.

It turns out the long lines in Idaho were a good sign for Bernie Sanders. The analysts at Decision Desk and FiveThirtyEight are predicting a landslide.

Sanders' other victory came in Utah.

Idahoans were especially eager to head to the polls Tuesday night. At one caucus site, the line was over a mile long, reports CNN. It was a trend throughout the state.

Pundits predict most of these eager voters are feeling the Bern. Pictures like this may prove them right.

We all know the Vermont senator has the Millennial vote in his back pocket - and in Idaho, 17-year-olds are eligible to vote, as long as they are 18 by the general election in November.

He and Hillary Clinton are battling for the 23 delegates up for grabs in the Gem State. Stay tuned for results!