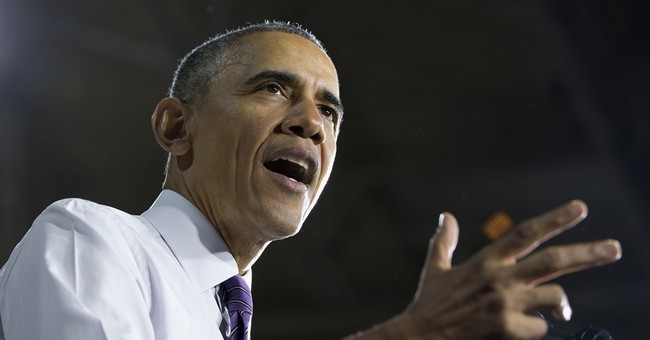 It turns out it’s not just Republicans who fear another Supreme Court nomination from President Obama. A new memo reveals that independent voters are just as concerned. A survey of 600 voters on the potential makeup of SCOTUS found that they don’t want a radical ideological shift on the court.

Not surprisingly, Republicans were much more concerned about the potential shift in ideological balance. But Strimple’s findings showed that 53 percent of independents said a liberal justice was the bigger concern, compared to 41 percent who said a prolonged vacancy was the larger issue.

After conservative Justice Antonin Scalia’s passing, President Obama noted he has “plenty of time” to nominate someone new to the court. Yet, Republicans in Congress pledged to block any such attempt. Senate Majority Leader Mitch McConnell, for example, insisted the voters deserve a say.

"The American people should have a voice in the selection of their next Supreme Court Justice," McConnell said. "Therefore, this vacancy should not be filled until we have a new president."

Presidential candidates like Ted Cruz have also addressed the open judicial seat, noting on the campaign trail that it is more important than ever to nominate a true conservative because we are “one liberal justice” away from losing our religious freedoms.

Some surveys, however, such as this one from The Wall Street Journal, reveal that a majority of people disapprove of the GOP’s blockade.

For what it's worth, it looks like Obama is making good on his promise. He began interviewing Supreme Court candidates this week.