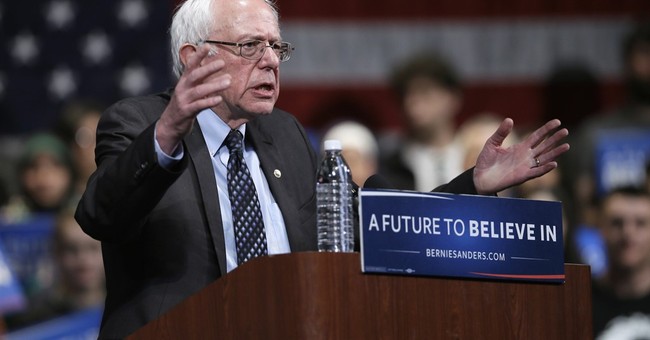 During Monday night’s Democratic town hall on Fox News, moderated by Bret Baier, Bernie Sanders explained why he believes health care should be a guaranteed right for all.

“I believe that health care is a right of all people,” he said.

Where does that right come from? Baier pressed the senator.

“From being a human being,” Sanders responded.

Sanders expressed frustration over his opponent Hillary Clinton suggesting he is going to dismantle the health care program President Obama put in place. Sanders said that is “total nonsense.” His plan, he continued, would be to expand Medicare to all Americans. That transition, he insisted, would make health care much more cost-efficient. The average middle class family would save $5,000 a year on health care costs under his plan, he said.

“Young people should not be forced” to pay off loans for 50 years, he said.

How to pay for it?

“I think we should impose a tax on Wall Street speculation,” he answered, predictably.