Pope Francis on Trump: One Who Builds Walls and Not Bridges is ‘Not Christian’ 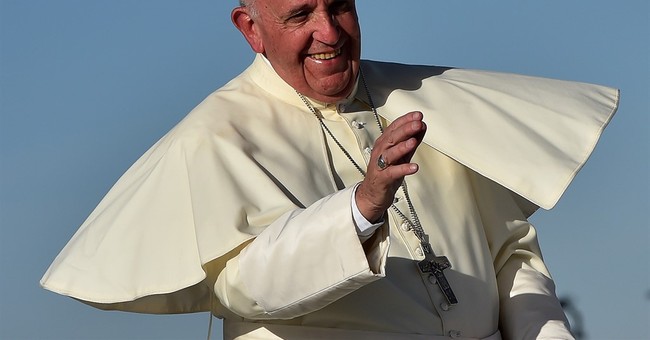 Pope Francis was on a return flight from Mexico Thursday when he felt compelled to weigh in on Donald Trump’s religious faith. He took Trump’s immigration plans – that is, deporting millions of illegal immigrants and making Mexico build a wall to keep future illegals out – to suggest the businessman was not a Christian.

“A person who thinks only about building walls, wherever they may be, and not building bridges, is not Christian,” Francis said when a reporter asked him about Mr. Trump on the papal airliner as he returned to Rome after his six-day visit to Mexico.”

Trump responded. Here is just an excerpt of his statement, published on his official campaign website:

“If and when the Vatican is attacked,” he said, “the pope would only wish and have prayed that Donald Trump would have been elected president.”

Yet, Trump has also claimed that he “likes" the pope.

The pope is just one figure who has voiced unflattering opinions of the Republican frontrunner as of late. On Tuesday, President Obama told the press he has faith in the American people not to elect Trump.

Do these criticisms only bolster the businessman’s White House chances?

On Friday, The Vatican insisted the pope's comments were not meant to be a personal attack against the Republican frontrunner.