Only Five Candidates Confirmed for SC Debate So Far 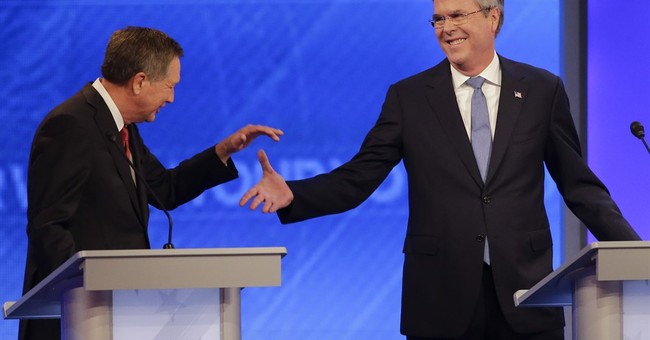 CBS News criteria only allows five candidates on the debate stage this Saturday in Greenville, South Carolina. According to the network's rules, to qualify for the debate the remaining GOP contenders must do one of the following: Place in the top five in the NH primary, in the top three in Iowa, or in the top five in national and South Carolina polls. As such, Donald Trump, Ted Cruz, Marco Rubio, Jeb Bush and John Kasich have earned podiums – Ben Carson is still up in the air. Jim Gilmore is most decidedly a no show.

After Tuesday’s primary, which Donald Trump won handily, a few candidates who fared poorly have promptly dropped out of the running. Carly Fiorina announced her exit Wednesday afternoon and all signs point to Chris Christie soon following.

That leaves seven candidates - with only six potentially eligible for the next debate.

While retired neurosurgeon Ben Carson isn’t yet confirmed a spot on stage, most roads will get him there.

The bottom line: The only way Carson won’t qualify is if Kasich or Fiorina passes him in the national and/or South Carolina polling averages. Given that Carson has a pretty big lead in both categories, the only way he’ll miss out is if his own polling numbers tank over the next two days while Kasich’s and/or Fiorina’s surge by a big enough margin to pull one of those candidates ahead of Carson.

The South Carolina debate, moderated by CBS News’ John Dickerson, Chief White House Correspondent Major Garrett and the Wall Street Journal’s Kimberley Strassel, will take place this Saturday at 9 p.m. Republicans in South Carolina will head to the polls on Feb. 20 and Democrats will vote Feb. 27.