Hillary: Sanders as Commander-in-Chief Would Be Like Asking 'Arsonist To Be The Firefighter' 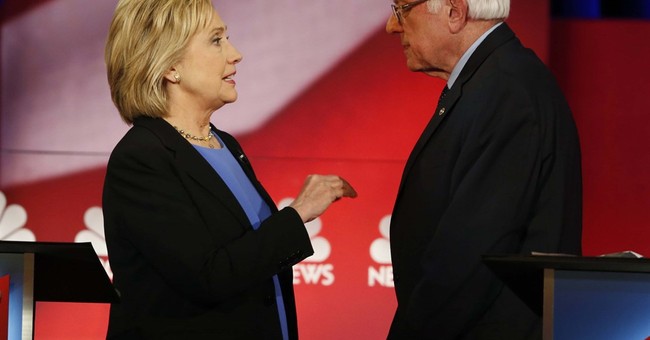 Attacking Bernie Sanders’ health care plans didn’t seem to work, so now Hillary Clinton is questioning his foreign policy chops. The former secretary of state is getting more nervous about her previously unchallenged primary win. If New Hampshire is any indication (where Sanders is ahead by almost 30 points) Clinton should be very worried about who will be standing on the Philadelphia podium July. No wonder then why she’s now stepping up her criticism of her opponent. At a campaign event in Indianola, Iowa, Clinton told the crowd why she’s worried about Sanders being commander-in-chief:

"Now, Sen. Sanders doesn't talk very much about foreign policy. But when he does, it raises concerns because it can sound like he hasn't thought it through," Clinton said. "For example, he suggested we invited into Iranian troops into Syria. That is like asking the arsonist to be the firefighter."

Clinton’s pivot to foreign policy may appear to be a smart move – after all, it should be her strongest issue. Yet, it has also turned out to be one of her biggest downfalls. She has been hampered by months as more unflattering (and potentially unlawful) details about her email scandal come to light. The latest bombshell this week revealed that Clinton didn’t only deal with classified information on her private server – she dealt with “the most sensitive of the sensitive” – material even top lawmakers are forbidden from reading.

Benghazi will also long be a stain on her foreign policy record. Reports indicate that Clinton failed to act quickly enough when the U.S. consulate in Benghazi came under attack on September 11, 2012. Should we have sent help sooner, four Americans may still be alive today. Clinton made the tragedy worse by indicating the victims’ families were liars when they insisted she told them the attack was the result of a YouTube video.

These scandals, and the Clinton camp’s failure to foresee a Sanders surge, can account for the Vermont senator’s momentous rise in the polls. Others would blame the paltry number of debates the Democratic National Committee decided to schedule.

To quote “Morning Joe’s” Mika Brzezinski, the DNC “screwed themselves” on that one.