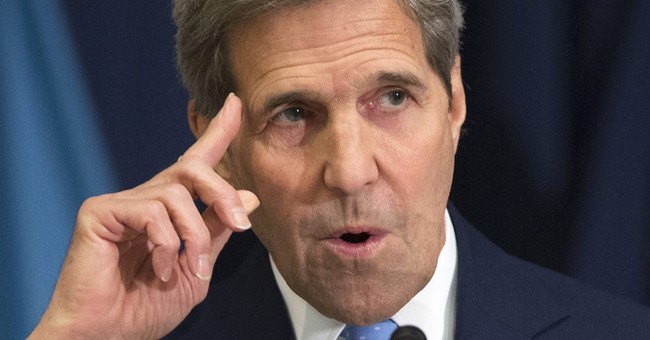 Iranian media is laughing in our face over their successful capture of 10 American sailors this week and subsequent propaganda video. These are just a few snippets of Iranian news outlets celebrating the affair:

Yet, White House Press Secretary John Earnest indicated on Friday that the incident will not be taken into account as the administration decides when to lift Iranian sanctions under the terms of the nuclear agreement.

GOP presidential candidates like Sen. Ted Cruz (R-TX) would argue this embarrassing spectacle should be taken into account. If he was president, he insisted that no American would be forced to drop to their knees in front of an enemy.

The fact that President Obama didn’t even address the controversy at the State of the Union was bad enough, but to not even consider it in deciding when we are going to lift sanctions against Iran is downright foolish and dangerous.

The best we can do, apparently, to show Iran we mean business, is send a thank you note.