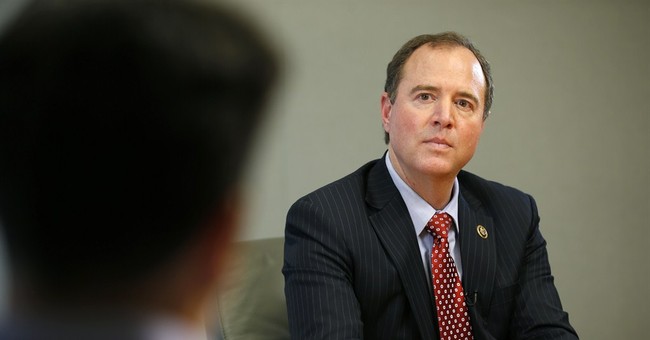 Three of the five surviving secret soldiers of Benghazi, the courageous men whose stories are told in the new Michael Bay-directed film 13 Hours, insist they were told to “stand down” the night of September 11, 2012. Townhall caught up with security operatives Kris "Tanto" Paronto, Mark "Oz" Geist and John "Tig" Tiegen in Miami last week, where each of them described in detail the emotional turmoil they endured as they helplessly watched the U.S. consulate become engulfed in flames. After an unbearable 30 minutes, they took matters into their own hands.

Rep. Adam Schiff, one of the Democratic members of the House’s Benghazi Select Committee, has a problem with the soldiers’ narrative. The film, he insists, chose to sensationalize the truth with the box office in mind:

“If the film portrays them as having ordered a stand-down, it’s clearly at odds with the facts,” said Rep. Adam Schiff (D-Calif.), whose district includes Hollywood and who sits on the committee. “If the film portrays those who went to rescue people at the diplomatic facility as doing so in disregard of orders, that’s also plainly at odds with the facts. … It may make for good entertainment; it doesn’t make for a well-informed public.”

Paronto, Geist and Tiegen would be the first people to tell you 13 Hours was not for anyone’s entertainment. It’s to present the truth.

During filming, Michael Bay asked for the soldiers’ input often, wanting to make the film as accurate as possible, they said. The soldiers told me some of their suggestions even cost thousands of dollars, but Bay conceded.

No one who hears these brave men’s accounts can doubt their validity about the tense exchange they had with the CIA.

“Inside you’re just getting tore up,” Paronto said during our sit-down interview. “By the time we left we figured we were just going to be cleaning up dead bodies.”

Yet, Democrats like Schiff and Elijah Cummings, who said the film resorts to "exaggeration," continue to question their accounts.

Thankfully, Chairman Trey Gowdy and other members of the Benghazi panel are committed to getting to the bottom of why the State Department failed to act. As the committee enters its 20th month of investigation, will we find the answers the families of our four slain Americans are looking for?