Hillary: If A Republican Wins, We'd Have to 'Start All Over' On Health Care 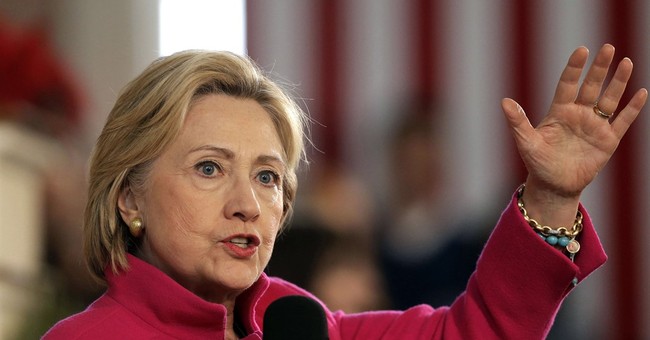 At a campaign stop in Davenport, Iowa, Hillary Clinton shared her fear that if a Republican becomes president-elect in November, Americans can kiss their health care goodbye. Obamacare, she warned, would be a relic of the past.

"If there's a Republican sitting there, it will be repealed and then we will have to start all over again," she said. "I don't think the stakes could be higher."

Clinton’s apocalyptic warning comes after the GOP-led Congress sent a bill to the president’s desk that would both repeal Obamacare and defund Planned Parenthood. While Obama will undoubtedly use his veto power as soon as it hits his desk, Republicans’ efforts will not go unnoticed by their conservative constituents.

Clinton is using this effort to prove to her supporters that with a Republican in the White House and the inevitable repeal of Obamacare, patients with preexisting conditions would be hard pressed to find coverage for their medical expenses as power is driven back to health insurance companies.

Republicans see a different outcome. Obamacare, they argue, needs to be scrapped because it has already proven to be an expensive disaster. Not only has the health law raised families’ premiums, but it has also kicked millions of people off plans they had no desire to part with.

Here’s what GOP presidential candidate Sen. Marco Rubio (R-FL) had to say about the bill last month while introducing a provision to a government spending bill to block the Health and Human Services committee from using general funds to pay for it:

“It broke the promise to lower health insurance premiums ... Now the very architects of this law are attempting to place taxpayers on the hook.”

On the job market end, companies are laying off employees and halting the hiring process to meet the new Obamacare requirement of offering health insurance to their employees.

If the Republicans repeal bill passes, it will reduce the deficit by $516 billion over the next decade, according to a new report from the Congressional Budget Office.

Yet, this truthful narrative did not play a part in Clinton’s story.