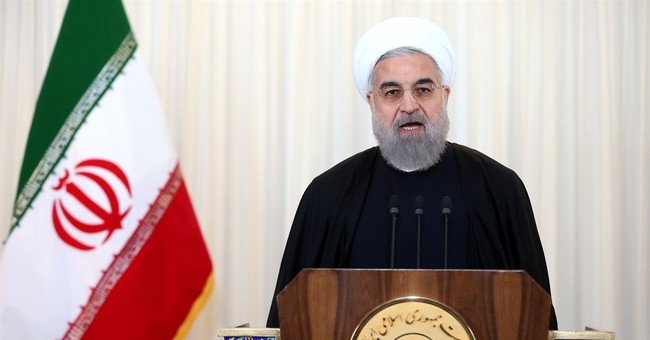 Thirty-six years after being released from the U.S. embassy in Iran after a 444-day hostage crisis, the American prisoners that captivated the nation in the late 1970s will finally receive full compensation for their harrowing ordeal. This long overdue news was a part of the $1.1 trillion spending bill that prevented a government shutdown last week. More from The New York Times:

Buried in the huge spending bill signed into law last Friday are provisions that would give each of the 53 hostages or their estates up to $4.4 million. Victims of other state-sponsored terrorist attacks such as the 1998 American Embassy bombings in East Africa would also be eligible for benefits under the law.

The money is expected to come from the French bank BNP Paribas, which had to pay billions of dollars in settlements after violating sanctions against Iran, Cuba and Sudan.

The White House’s nuclear deal with Iran was apparently a stepping stone for the compensation agreement, according to V. Thomas Lankford, the hostages’ lawyer.

“It became clear that we were sort of inextricably linked to the nuclear negotiations,” Mr. Lankford said in an interview. “Those negotiations resulted in an understanding that an inevitable next step in securing a relationship was to address the reason for the rupture, which was our kidnapping and torture.”

The hostage situation in Tehran began on November 4, 1979 and ended on January 20, 1981, the same day as President Ronald Reagan’s inauguration. While the former hostages were compensated for a time in the 1980s, it isn't until now that they and their families will receive their full monetary recognition. Of the 53 hostages, 37 are still alive.

Waiting for the government to serve justice to the victims of terrorism is unfortunately a rather routine procedure. The trial for the terrorists behind 9/11, for instance, is moving at a snail's pace. The relatives of those who perished on September 11 are justifiably angry about the continued delay.

Now that the former Iranian hostages are receiving their due, they are hoping this news will help bring attention to the danger diplomats face around the globe.