Cruz Tells State Dept to Close the PLO Office in DC, They Reject 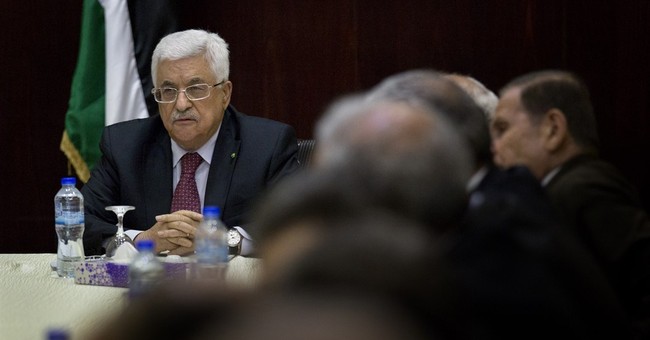 “It is long past time for the United States to hold the PLO and its leaders accountable for engaging in such rampant incitement, for celebrating the murder of Jews, and for providing payment to Palestinian terrorists jailed in Israel and their families," Cruz wrote. "We must make it clear such actions are blatantly unacceptable and close the PLO office in Washington, D.C.”

Each year, the PLO provides about $150M to terrorists imprisoned in Israel and families of deceased terrorists https://t.co/zeSp1pOf1U

The senator also cited the recent Palestinian knife attacks and intentional car accidents that have killed innocent civilians in Israel. These acts of terrorism, Cruz continued, have been justified by Palestinian leaders like President Mahmoud Abbas.

Meadows was in agreement with his colleague in demanding the State Department reject the PLO’s presence in D.C.:

“For too long the PLO has not just tolerated acts of terrorism against the Israeli people-but incited others to commit acts of violence in the name of jihad,” Rep. Meadows said. “It goes against everything we stand for as an American people to allow the PLO to retain an office in our nation’s capital, considering its long and well-documented history of encouraging violence and terror against our Israeli allies. It’s time we send a clear signal that the United States does not tolerate extremism and demonstrate our unwavering support for our allies in Israel by revoking this waiver.”

Yet, even with this information, the State Department has rejected their request, insisting that closing the PLO office would harm U.S.-Palestinian relations.

"We believe closing the PLO office would be detrimental to our ongoing efforts to calm current tensions between Israelis and Palestinians, advance a two-state solution, and strengthen the U.S.-Palestinian partnership," State Department spokeswoman Elizabeth Trudeau told reporters.

The PLO office has a "valid place" in D.C., she continued.

Is this a valid argument?