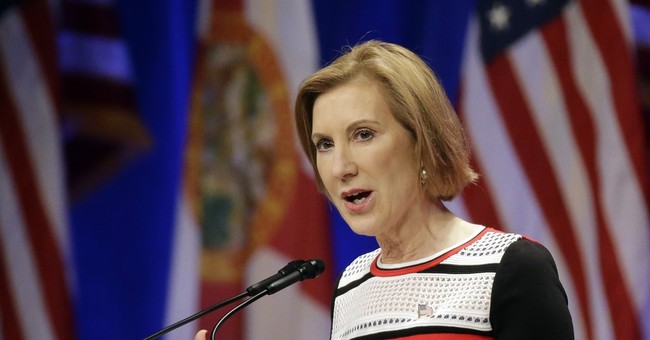 Fiorina appeared on CNN Friday morning, only to be lectured by Cuomo for five minutes about how she should take responsibility for the Colorado murderer’s actions.

“Do you feel any sense of regret about how you characterized what was going on at Planned Parenthood after the attack in Colorado?” Cuomo asked. “Because of what the man said which seems as though he was influenced by some of the rhetoric coming out of you and others that painted a very ugly picture and unfair one about Planned Parenthood.”

“It may be that we should be classifying that as domestic terrorism as well. But that has nothing to do with the truth of what is going on in Planned Parenthood, and this is a typical left-wing tactic, to try and shut down the truth by silencing people.”

Cuomo was visibly taken aback by Fiorina’s failure to agree with him. He proceeded to “mansplain” to Fiorina about the dangerous power of words and insisted she admit her rhetoric has consequences.

They proceeded to argue over the authenticity of the under cover Center for Medical Progress investigation, which revealed Planned Parenthood officials negotiating the sale of fetal body parts and harvesting aborted babies’ organs. They both agreed the footage was disturbing, yet Cuomo insisted they were edited.

Fiorina would not back down. She insisted Republicans’ pro-life activism does not account for a killer’s behavior, and that Cuomo’s journalistic integrity was suffering as a result of his bias toward Planned Parenthood.

“It’s clear what your opinion is, Chris… I think you’ve bought the Planned Parenthood line, hook, line and sinker. Good to know that.”