CNN Guest: Republicans Against the No-Fly List Gun Ban Are Siding With Terrorists 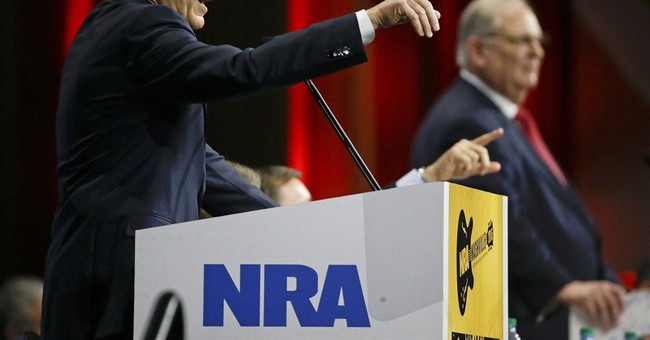 In yet another shameful response from the media to Wednesday’s mass shooting in San Bernardino, CA, CNN guest Dan Gross, president of The Brady Campaign to Prevent Gun Violence, suggested that the GOP’s refusing to ban those on the no-fly list from owning guns makes them equal to terrorists.

“As far as I’m concerned, any congress person who leaves that opening, whether it’s in the name of religion or whatever it is, is actually agreeing with the terrorists.”

Why stop at the Republicans? By Gross’s logic, anyone who owns a gun or exercises their Second Amendment right is siding with the terrorists.

Sen. Dianne Feinstein (D-CA) introduced the Denying Firearms and Explosives to Dangerous Terrorists Act of 2015, which gives the attorney general the authority to deny the transfer of a firearm to someone who is suspected to have been engaged in terrorism. It sounds like a common sense piece of national security legislation. Yet, of the 1.5 million people on the list, it appears several have been added after being loosely connected with “terrorism.” National Review explains just how simple it is to be placed on the no-fly watch list:

In fact, it is pretty easy to get on the watch list; you can be on it simply because the FBI wants to interview you about someone you might know. According to the TechDirt website, about 40 percent of the people on the watch list are considered to be under “reasonable suspicion” even though they have absolutely “no affiliation with known terrorist groups.”

This is one reason why the NRA is strongly opposed to it.

FYI Brady Campaign, the right to a firearm is not a religious belief – it’s a constitutional belief. Did Mr. Gross consider that maybe the reason Americans want to exercise their gun rights is to protect themselves from the very attacks we witnessed in San Bernardino, Paris, Colorado and elsewhere?