Doctors Without Borders Hospital Bombed Because of 'Technical Difficulties' 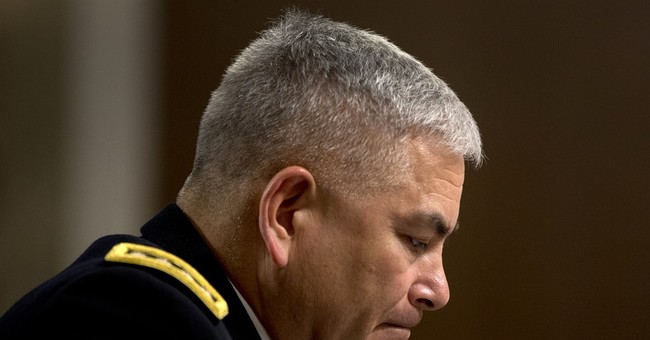 A 3,000-page investigation into the blast that accidentally struck a Doctors Without Borders hospital in Kunduz, Afghanistan, killing at least 30 people, has determined the mistake was a result of "human error." U.S. General John Campbell made the announcement Wednesday:

The top U.S. general in Afghanistan says the investigation into the mistaken airstrike of a Doctors Without Borders hospital in Kunduz was "a tragic but avoidable accident caused primarily by human error."

As more details appeared, it seems the aircraft that launched the strike was wrought with technical issues, causing the unit in question to missed their intended target:

An Afghan special operations unit had requested an airstrike on a government building being used by the Taliban. Because of technical difficulties aboard the aircraft, the AC-130 crew relied on visual descriptions provided by U.S. special operations troops serving with the Afghan forces.

As a result of the preventable tragedy, Campbell said some of the individuals involved have been suspended from their duties and referred to U.S. Special Operations Command to be disciplined accordingly. While there will be consequences for the deadly miscalculations, it means little for Doctors Without Borders, however, who declared the airstrike was a "war crime."

Last month, President Obama called Doctors Without Borders International President Joanne Liu to apologize for the tragedy. Yet, Liu insisted they were not warned about a potential strike and that it violated the terms of the Geneva Conventions.

"This cannot be tolerated," she said.