Paul Ryan Nominated as Speaker of the House 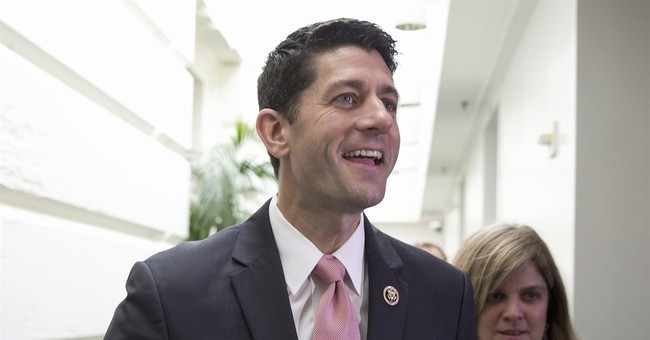 No surprise here. The House of Representatives have nominated Rep. Paul Ryan (R-WI) as their next speaker of the House.

House Republicans have elected @PRyan of Wisconsin as their candidate for Speaker of the House.

Ryan's only opponent during Wednesday's vote, Rep. Daniel Webster (R-FL), was the first choice of the conservative House Freedom Caucus before Ryan entered the race. The group expressed doubts about Ryan's leadership, especially considering the congressman once supported amnesty. Yet, after meeting with the caucus and ensuring them that no immigration reform bill will surface as long as Obama is still in office, Ryan earned their support - mostly.

The nomination will go to the House floor for approval on Thursday.

At a press conference on Capitol Hill, Ryan said he is "honored" to serve as speaker and thanked his colleagues for their support. After declaring outgoing Speaker John Boehner served with "humility" and deserves their respect, he insisted that, under his leadership, the House will be led in a new direction.

“This begins a new day in the House of Representatives,” he said. “Tomorrow, we are turning the page. We are not going to have a house that looked like it looked the last few years. Our party has lost its vision and we’re going to replace it with a vision.”

“We are going to respect the people by representing the people,” he added.