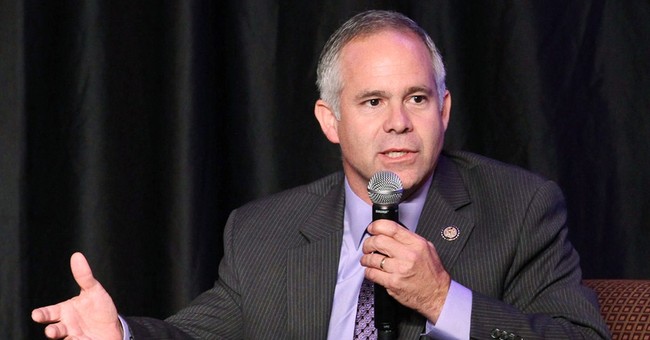 The Reproductive Health Nondiscrimination Amendment Act (RHNDA) does not live up to its name when it comes to protecting the rights of pro-life employers in the nation's capital. Voted into law by the Washington City Council, the act essentially forces employers to turn a blind eye when their employees use contraceptive or abortion services. Considering many Christian employers are against abortion, the law is a clear violation of religious freedom, and it's the reason some Republican representatives are seeking to halt the legislation.

House conservatives released the following statement in regards to their new effort:

“The House Freedom Caucus urges Republican leadership to allow the House to consider H. J. Res. 43 … as soon as possible this week before the law goes into effect,” the group said in a Wednesday statement. “[It] would discriminate against D.C. residents with pro-life views. RHNDA could force D.C. employers to cover abortions in their health plans and require pro-life organizations to hire abortion advocates.”

Despite what liberals like Nancy Pelosi claim, the GOP is not demanding that employers should be able to fire their employees if they use reproductive health services. Rep. Diane Black (R-TN), who authored the resolution to overturn RHNDA, explained:

“My resolution does not remove protections for employee privacy or create new rights for religious organizations, it simply maintains the status quo in Washington, D.C. before this ill-conceived law came to pass. Further, the resolution does not in any way condone discrimination against women for healthcare reasons or otherwise. Women are already rightfully protected from discrimination on the basis of pregnancy status and a number of other fronts through both D.C. and federal law. This resolution does nothing to change that. As a registered nurse, I have spent my career caring for women, children, and families. The claims that my resolution amounts to ‘an attack on women’s healthcare’ are offensive and patently false.”

No employer should have to act privy to abortion if they believe it is morally wrong. That bit about freedom of religion in the Constitution grants them that right. Of course, pro-abortion Democrats are raising the "war on women" flag. Here's what Democratic Caucus Chairman Xavier Becerra had to say after the GOP requested a vote:

Democrats say the Republican bill is another effort to intrude into employees' personal decisions about health care, and warned it could cause workers in D.C. who elect to use abortion services to be fired. "What a statement to women across America -- that a mostly older male body is telling women what they can do with their bodies," Becerra told CNN.

In addition to securing DC employers' religious rights, the Republican action may also be a way to win back the support of pro-lifers who are still angry over the GOP’s decision to sideline a pro-life bill in January that would ban abortions after 20 weeks. Rep. Tim Heulskamp (R-Kansas), for one, believes they owe it to pro-lifers to try and restore that faith.

Rep. Tim Huelskamp, R-Kansas, told CNN he argued that social conservatives are "still upset and distrustful of our party" after House Republican leaders pulled a bill that banned later-term abortions from the floor earlier this year.

The GOP is admitting it's unlikely their efforts will be met with success, considering that, even if it does reach the president's desk, the White House has already warned that the president will swiftly veto it. But, at least pro-lifers will gain more confidence in the people they voted for and trusted to represent them. Making the move to stop a bill that would violate Christians' religious freedom while also protecting unborn babies is a pretty good start.