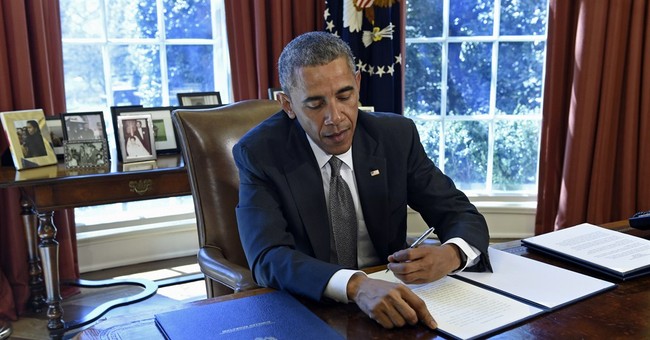 President Obama is still hoping to strike a deal with Iran's leaders over a controversial nuclear agreement – one which brought Israeli Prime Minister Benjamin Netanyahu to Capitol Hill to warn the world of its potentially disastrous consequences. While the president is negotiating, the American Center for Law and Justice reminded him of some other unfinished business: securing the release of American Pastor Saeed Abedini.

Abedini, a Christian pastor, was arrested in Iran two and a half years ago simply because of his faith. He has languished in a tortuous prison ever since.

Jay Sekulow, the Chief Counsel for ACLJ, is now urging the Obama administration to not be complacent.

Why hasn't Pastor Saeed been released? Like the nuclear talks, there are questions for both sides regarding Pastor Saeed.”

Why can’t the U.S. make it happen? Can’t officials apply pressure to free this U.S. citizen? And for Iran -- which clearly needs to earn the world’s trust -- what better way exists for the Iranians to take an important step forward?

I had the chance to have a sit-down interview Mrs. Naghmeh Abedini last year. I found her demeanor to be somber, yet hopeful, for her family’s faith in God had not wavered. Yet, she said the president's words need to be followed by actions. She fears his dire situation will be all but forgotten in the nuclear negotiation process.

“I believe they’re going to use all the leverage that they have for nuclear talks, and I do believe Saeed has been abandoned and forgotten in this process," she said. "Again I’m thankful for those statements, but there has to be action to back that up. It’s been two years too long.”

Instead of making deals with a country that has failed to prove its trustworthiness, why not urge Iran to clean up its atrocious human rights record and demand Saeed's return?

That is a deal worth signing, Mr. President.