Gibbs: Hillary is a ‘Candidate Without a Campaign’ 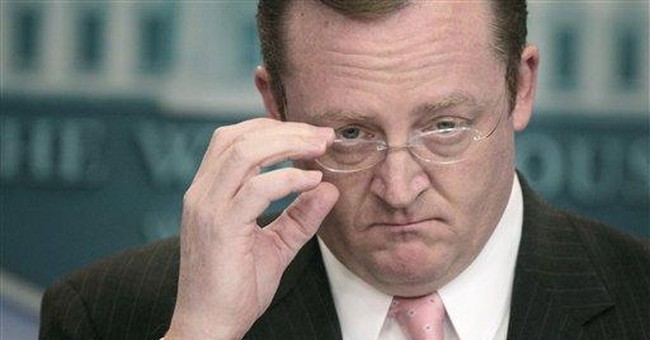 Or a seriously ailing one. Former Obama White House Press Secretary Robert Gibbs seemed to speak on behalf of many Democrats when he blasted Hillary Clinton’s less than stellar defense of her use of private email during her tenure as Secretary of State.

Clinton’s slow response to the scandal ultimately led to her own undoing, Gibbs told the Washington Post:

“Had this story been responded to in two or three days instead of in eight days, it would not be as big,” said Robert Gibbs, a former White House press secretary under President Obama. “They are the ones who put air in this balloon in a way that was not necessary at all. . . It’s clear they lack an apparatus. She’s a candidate without a campaign.”

The former Secretary of State proved she was incapable of defending herself against the barrage of bad media, offering a lackluster press conference that left too many questions unanswered. A number of critics, including a certain liberal network TV host, summed up her performance as ‘arrogant.’

Clinton’s botched handling of the email scandal now has Democrats worried that she is unprepared for a full-fledged national campaign next year. Take Jim Hodges, for instance, the former governor of South Carolina:

“She’s tried to put the day of reckoning off, but it’s come now, and I don’t think she can stand another couple of weeks of this without her structure in place.”

In other words, time is ticking for Clinton to get her act together.

Democrats are justified in their hasty concern. No one else in their party is getting even a sliver of the attention Clinton is in regards to the 2016 presidential election. The next potential front runner, Elizabeth Warren (D-MA), trails Clinton by 40 points in the polls.

"Anytime you have all your eggs in one basket, it is a concern.”