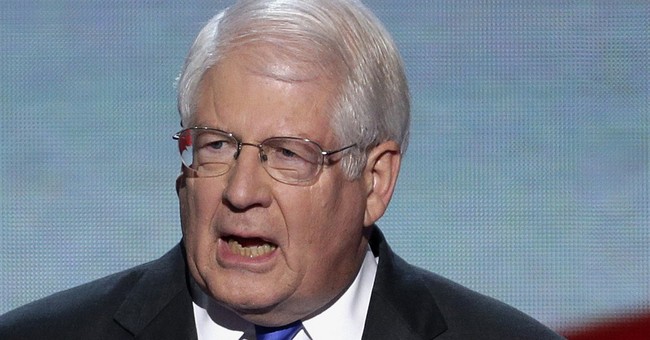 Israeli Prime Minister Benjamin Netanyahu offered a nonpartisan speech today in Washington, DC, asking for Congress’s support in preventing a nuclear Iran. He pledged his desire to protect his people, while thanking America for her unrelenting support of his state – from Presidents Harry Truman to Barack Obama. Nevertheless, congressional Democrats decided it would be appropriate to bash the prime minister’s appearance during a press conference directly following his passionate address.

Rep. John Yarmuth (D-KY) decried the Israeli Prime Minister’s speech as ‘condescending’ and was offended that Netanyahu was ‘telling us how to operate.’ He even invoked the name of Dick Cheney, “This is right out of the Dick Cheney playbook” and bluntly told the prime minister, “He can go home.”

Congressman David Price (D-NC) then dared to say that House Speaker John Boehner should ‘never’ have invited Netanyahu to speak in front of Congress at this time.

The Fox News "Outnumbered" cast was shocked and outraged by the Democrats’ response. Andrea Tantaros called them ‘arrogant’ for such comments and Harris Faulkner likened their words to ‘vocal flame throwing.’

In all, 57 Democrats boycotted Netanyahu’s speech – with reports that number could have been even higher. Their decision to skip the speech was largely due to claims that Netanyahu’s timing in Washington was too close to Israeli elections. Netanyahu has repeatedly pledged, however, that visiting DC for political purposes was ‘never his intention.’

As for President Obama and Vice President Biden, they were no shows as well.

Netanyahu’s speech was apolitical, focusing instead on the threat of a nuclear Iran. He urged the White House to ditch an arms deal with Iran, which he warned would only pave the way to a more dangerous country.

“Its rapid appetite for aggression grows more every year…This deal will not change Iran for the better, it will change the Middle East for the worse.”

Shame on Democrats for ignoring Netanyahu’s important warnings and for turning their backs on Israel at this fragile time.