'Blood Feud' Debuts as No. 1, Knocks Hillary Off Top of Bestseller List 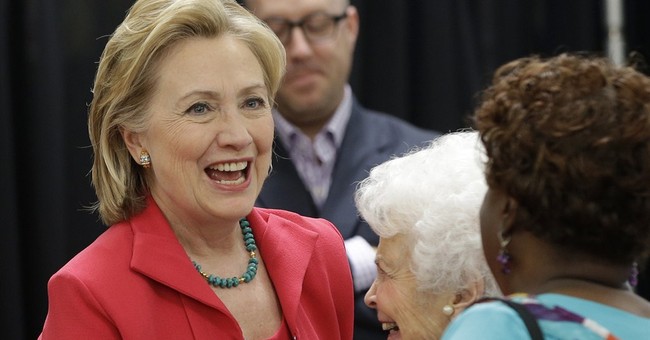 "Blood Feud: The Clintons vs. the Obamas," offers a revealing look at the inner battle between two of Washington's most powerful political couples. How fitting that it is the very book that knocks Hillary Clinton's book "Hard Choices" off the top of the bestseller list. Ed Klein, who interviewed and cultivated a number of inside sources close to both the Clintons and the Obamas for his new book, spoke to Townhall earlier this week to share some intriguing and ugly details about their very hostile relationship. It's a fascinating read, and it's no wonder it's flying off the shelves.

Ed Klein’s book Blood Feud will debut on the New York Times bestseller list for the week of July 13th in the following positions:

With these impressive numbers, Klein knocks "Hard Choices" out of the No. 1 slot for combined Hardcover and E-book sales.

I guess Hillary's book is a "hard sell" as well. Make sure to get your hands on the new No. 1 bestseller for free with a subscription to Townhall Magazine.