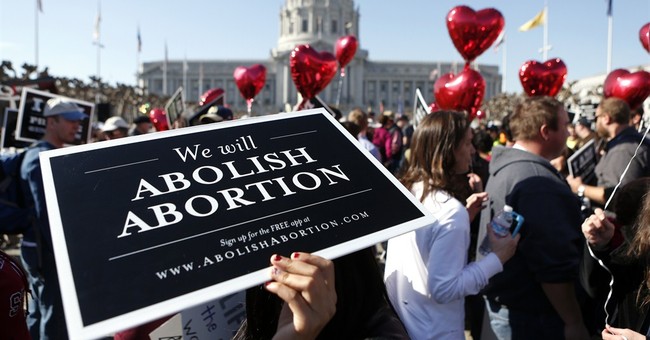 A new study produced by the Guttmacher Institute confirms that our country’s worst and most damaging procedure is becoming less and less enticing:

There were fewer than 17 abortions for every 1,000 women in 2011, the latest year for which figures were available, according a paper published Monday from the Guttmacher Institute, a pro-abortion-rights think tank. That is down 13 percent from 2008 and a little higher than the rate in 1973, when the Supreme Court handed down its landmark Roe v. Wade decision.

As such, America’s abortion rate has hit its lowest point since Roe v. Wade legalized the procedure in 1973. While the WaPo links this drop to factors such as birth control, the economy and record abortion clinic closings, I would add the simple truth that the country is becoming more pro-life.

“While working to pass lifesaving laws the pro-life movement has also been educating Americans about the reality of abortion, steadily changing hearts and minds. The debates going on in the states and on the federal level to protect babies after 20 weeks, ban sex-selection, stop taxpayer funding of abortion, and more, are evidence themselves that our arguments are convincing. The child in the womb is increasingly being seen for what she is: a second victim of the violence of abortion. Guttmacher’s new report is another indication that our nation is indeed growing weary of the destruction wrought by legalized abortion on demand.”

But, others are urging caution and questioning the report's findings:

“As welcome as news of this decline is, more information is needed,” said Chuck Donovan, president of the Charlotte Lozier Institute. “The Guttmacher data is based on completely voluntary reporting by abortion providers. Until we have consistent reporting requirements, inclusive of states with high abortion rates and gathered by publicly accountable bodies, we cannot begin to paint a complete picture of U.S abortion trends. The process can and must be improved.“

The numbers provided at the top of this post are encouraging, but pro-life activists should be wary of becoming too complacent. Let’s stay committed to “changing hearts and minds” so abortion may one day become extinct.