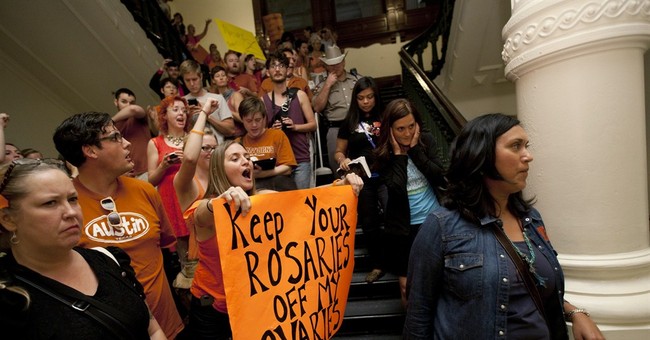 The National Network of Abortion Funds is worried about Texas women. So worried, that they tweeted this:

Look to Haiti's Cytotec trade for a glimpse at future for abortion access in Texas http://t.co/NDECGWNdS5

Here is an excerpt from the Miami Herald, which caused NNAF's conniption,

“Abortion is illegal in Haiti but women and girls are losing their uteruses and their lives as they turn to clandestine, increasingly deadly ways to terminate their pregnancies. These unsafe abortions are leading to a public health crisis in a region with one of the world’s highest rates of unintended pregnancies, experts say.”

The unsafe abortions this article is referring to is largely from the misuse of misoprostol, sold in Haiti under the brand name Cytotec. Doctors warn of there being no control of the medication in the country’s often

Let’s draw a few contrasts. Haiti is overwhelmingly poor and is still coping from the devastating 7.0 earthquake that devastated their country four years ago. Rape and sexual violence increased as a result of the deadly storm, according to the Herald. Couple this with Haiti’s painfully poor economy (seven out of 10 people live on less than $2 a day.)

Now compare this to Texas. Between the booming economy and low unemployment in their state, it can hardly be argued Texas women would go to the same extremes as those in Haiti to avoid carrying their children to term. Pro-choice advocates are unfairly using the dangerous conditions in Haiti as an argument to lift the recent abortion restrictions in the Lone Star State, which have been saving 50 babies a day.

The environment in Haiti described above is deplorable, to be sure. But, instead of using this extreme situation as justification to expand abortion access in Texas, we should be even more adamant about encouraging a culture of life.

Let’s be clear, there are no “good conditions” to have an abortion. It ends a life every time.

Wait...Those Are the Words the Waukesha Christmas Rampage Used to Describe the Coverage of His Crime