Get Ready for 'Choice:Texas' -- The Abortion Video Game 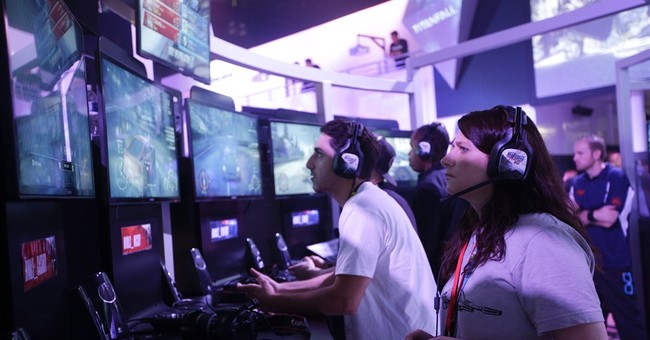 Usually, video games allow players to act as heroes and save lives with the touch of a few buttons. Now, however, a new web-based interactive story called 'Choice:Texas' will allow gamers to help female characters overcome economic hardships...so they can have abortions. The fiction game is the brainchild of pro-choice activists Carly Kocurek and Allyson Whipple. The two created the concept after new pro-life legislation passed in Texas and greatly reduced women’s access to abortion in the state.

In an interview for Persephone Magazine, Whipple explained her and Kocurek’s goal in developing the interactive story.

To me, this game is centered around two things: awareness and empathy. Many people, including privileged pro-choice people, do not realize the extent to which people with less privilege struggle with geography, time, and money to obtain abortions. It’s not necessarily willful ignorance, but if you’re lucky enough to have a well-paying job, your own car, and the ability to get time off, you might not realize just how bad other people have it. So one of the goals of this game is to make people aware of how difficult abortion is, and how certain communities and groups may have an undue burden put on them in an already-difficult situation. The other aspect is empathy. [...] I would hope that this game would put a more concrete, human face on the issue, that players would not see these women as evil or shameful, but understand the difficult (often impossible) situations they’re in, and the difficulties they faced in making and achieving their choice. When I volunteered with Lilith Fund, I never talked to a woman who was happy to be having an abortion. I hope that this game make people see just how difficult and serious this decision is.

Whipple shared some specifics about the five characters gamers will be able to choose.

One will be a high school student not ready to be a mother; one will be a mother-to-be facing dangerous medical complications with her pregnancy. The other will be a married mother struggling to make ends meet and raise the children she already has.

One of the characters, Leah, is 19, works as a bartender at a local restaurant, doesn’t have a boyfriend, and currently lives with her parents, according to the video game’s tumblr.

Whatever happened to Mario Kart Racing or Sonic the Hedgehog? Shame on Kocurek and Whipple for developing a game that misleads kids into thinking pro-life legislators are the villains and abortions are worthy causes for which to fight. Abortion restrictions should not invoke “empathy,” but celebration. Yes, having a baby does cause some financial strain, but one important avenue I’m sure Choice: Texas does not provide gamers is the option to guide characters to crisis pregnancy centers, many of which are more than willing to help struggling mothers. Maybe that’s level 100 or something.

Kocurek and Whipple are asking for funding for their video game and are hoping to release a finished product by January.

Abortion is not a game. If players really want to win this fictional story, they should use their controllers to direct the character away from the clinic and choose life for her child.