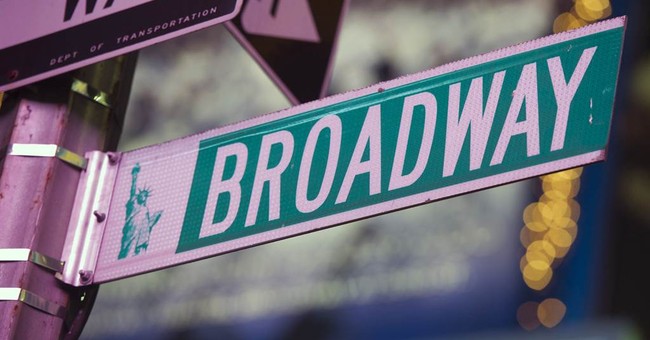 Remember when President Ronald Reagan took a bold stand against striking air traffic controllers by firing 11,345 of them who failed to show up to work? Well, Ray Deluso, the main character in a new Broadway play certainly does -- and he’s bitter.

“I Forgive You, Ronald Reagan,” a New York City production written by John S. Anastasi, centers on a former air traffic controller who, according to a New York Times theater review, “loses his identity (and ultimately his sanity) after being forced out of his livelihood, and who compensates by pinning unrealistic hopes upon his coddled, lazy offspring,” all because President Reagan fired him and his striking coworkers.

For those not entirely familiar with the details of the standoff, in 1981 members of the Professional Air Traffic Controllers Organization went on strike to demand a salary increase totaling $681 million, a tax burden on their fellow American citizens which Reagan called “unacceptable.” Reagan had been a member of a labor union most of his life, yet condemned PATCO’s defiant act and their disregard for public safety.

That was 1981. So why would Anastasi write a play about it now? I can’t help but think, political motivation. The plot is obviously less-than-friendly to Reagan’s conservative ideals -- choosing to focus on the negative effect they've had on “working class heroes” like Deluso. Not to mention, the script is complete with personal potshots at Reagan as well. Consider this line:

“Air traffic can’t happen without us,” he tells his dubious colleague Buzz (Robert Emmet Lunney). “Who are you gonna believe — the best lawyers in the country or a B-actor who took second billing to a monkey?”

Some attendee reviews also reveal the play’s not-so-pleasant opinion of the 40th president.

I enjoyed this play in large part because of the bitterness toward Reagan that is expressed by the protagonist.

The protagonist Ray Deluso forgives himself, his best friend/neighbor but he never ever forgives Mr. R Regan.

What if Anastasi had written a play called, “I Forgive You, FDR,” in which the main character, a former tenant farmer, harbored bitter feelings toward the New Deal president for pushing through the Agricultural Adjustment Act, a program which significantly cut back farm production? Oh wait, that would never happen. Liberals love this Big Government president and his Big Government policies.

So, “I Forgive You, Ronald Reagan” seems to be using the protection of fictional characters to hurl personal attacks at our 40th president and the conservative successes he achieved while in office.

Do yourself a favor. Skip the play and watch President Reagan’s masterful performance instead: