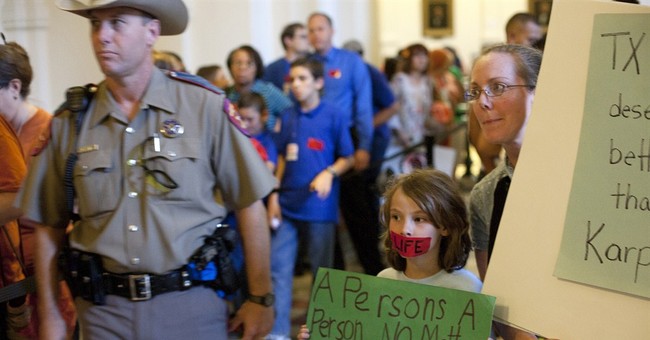 Pro-life advocates can cheer another victory today as Republican lawmakers in North Carolina have just decided to adopt new abortion regulations right before the end of the session.

In a vote of 32 to 13, they passed S.B. 353, a motorcycle safety bill that was amended to include abortion restrictions. The legislation will give the state Department of Health and Human Services the authority to regulate abortion clinics with the same standards as outpatient surgical centers "while not unduly restricting access."

Unfortunately for her, right on the heels of new abortion restrictions in Texas, North Carolina seems to be leading the way as our nation continues to become increasingly pro-life.