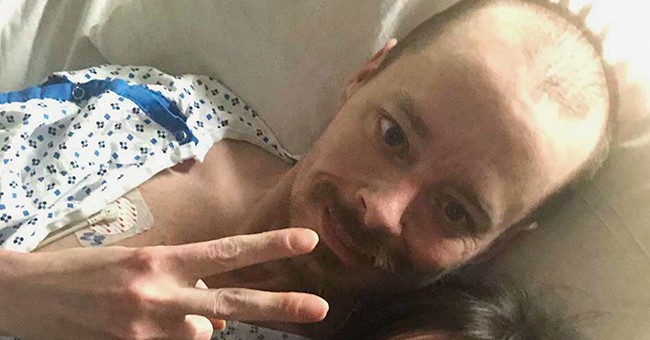 President Trump and his son Eric Trump helped fulfill a terminally ill man's dying wish with a phone call on Tuesday evening. And it all came to pass because of his Democrat sister.

Connecticut native Jay Barrett has been struggling with cystic fibrosis and undergoing palliative care at his sister's home. With doctors giving him six months to live, Barrett asked his sister, West Haven City Councilwoman Bridgette Hoskie, for a favor: contact with the president before he dies.

While Hoskie describes herself as "100 percent Democrat," she took to social media, asking friends on Facebook to "help in making something on my brother's bucket list a reality." Her friends and other supporters sent emails to the White House and its online petition system to get the president to call Jay.

The efforts were rewarded on Tuesday night. Barrett received a call from President Trump.

"Alright Jay, you look handsome to me," the president began. "I just saw a picture of you."

"Oh, you're giving me kind honors," Barratt replied. "I look like sh*t."

"That's what the Irish do, right?" Barrett answered.

"Yeah, that's what the Irish do, you better believe it," Trump said.

Barrett let the president know that he supported him through thick and thin, despite how many thicks and thins there have been.

Barrett says that he also received a call from Eric Trump and Lynne Patton, the U.S. Department of Housing and Urban Development regional chief.

"[Eric Trump] told me they're pulling for me and praying," Barrett told the New Haven Register.

Patton said that she's coming to Connecticut on Saturday to give Barrett a signed gift from the president.