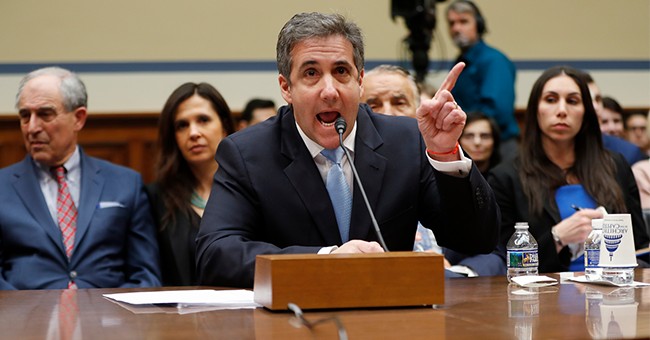 The sketch opens with Kenan Thompson as Rep. Elijah Cummings (D-MD) introducing the hearings and asking the audience to not ooh or ahh. "This is not 'Married With Children'," he says.

He then introduces Cohen, portrayed by Ben Stiller in surprisingly convincing makeup. Stiller's monologue as Cohen begins amusingly, saying that his prepared statement was written with help from "the guys who wrote 'Green Book'." The monologue goes on to point out Cohen's past discrepancies under oath and the fact that his statements of the president being a racist, conman or cheat are not all that shocking. They even have a joke where he can't seem to figure out where sounds are coming from.

However, this is revealed to be a paper-thin act of bipartisanship.

"I'd now like to open the floor," says Thompson, "so Republicans can get angry at everybody except the president."

From there, we cut to Bill Hader as Rep. Jim Jordan (R- OH). His face is scrunched up in anger and his hair is unkempt and gray. Hader's performance is a tirade of shouting and weird faces. The rest of the Republican portrayals are equally as ludicrous and obnoxious. Very few Democrat caricatures were represented.

However, the portrayal of Rep. Alexandria Ocasio-Cortez (D-NY) is calm and collected, saying that she was going to ask "carefully researched questions." Thompson's Cummings rejects this, saying, "Yeah, clearly that is not what today is about."

Another week, another show of SNL being neither funny nor apolitical.