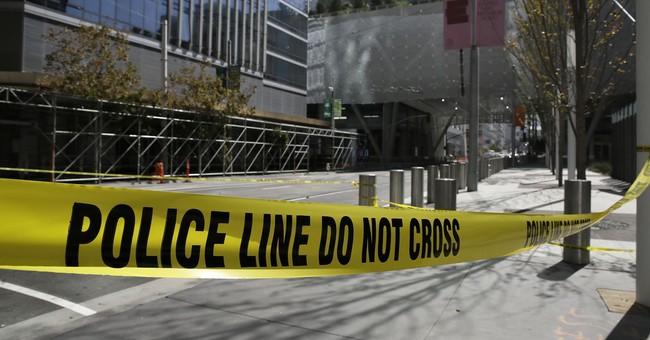 A Georgia man from Cherokee County has admitted to killing eight people in three different beauty salons within the greater Atlanta areas, said police in a Wednesday morning news conference.

The violence began on Tuesday afternoon when the suspect, Robert Aaron Long, allegedly visited Young’s Asian massage, about 40 miles north of Atlanta, and preceded to shoot and kill four people while wounding another.

The gunman then fled the scene, and less than two hours later, police responded to a “robbery in progress” at Gold Spa beauty salon in Atlanta, where they found three women shot dead. During their investigation of the scene, police were called to a different spa across the street and found an eighth victim.

Six of the 8 victims killed are Asian women. #11Alive pic.twitter.com/wyAmq6BkAm

Given that six of the eight victims were of Asian descent and that hate crimes against Asians grew by nearly 150% in 2020, many early reports focused on a potential racial motive to the horrendous crimes. However, Captain Jay Baker of the Cherokee County Sheriff’s office revealed Monday that they do not believe this to be that case at this time, adding that the investigation was in its early hours.

My heart is broken tonight after the tragic violence in Atlanta that took eight lives. Once again we see that hate is deadly. Praying for the families of the victims and for peace for the community.

Police took Long into custody on Tuesday night without incident. During the arrest, police found a gun in the suspect's car and were told by the suspected murderer that he was on his way to Florida and intended to commit “similar acts the next day.”