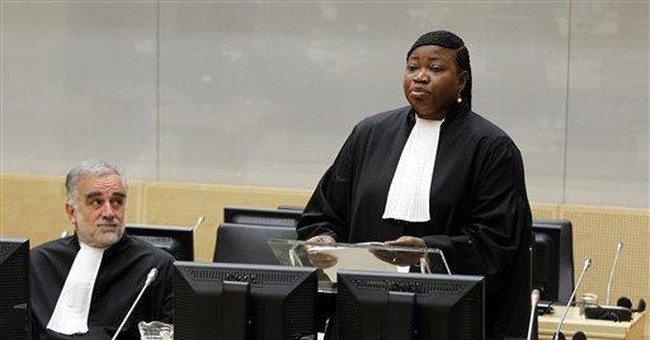 On Wednesday, the International Criminal Court (ICC) announced a formal investigation into the “situation in Palestine” and the alleged war crimes committed.

The inquiry by the independent international body will examine the actions of Palestinian-backed militia groups, such a Hamas, as well as the Israeli government. The announcement comes on the heels of a 4-year preliminary investigation and has been met with praise by Palestinian supporters and condemnation from both Israeli and the U.S.

ICC prosecutor Fatou Bensouda wrote in a statement, “In discharging its responsibilities, my Office will take the same principled, non-partisan, approach that it has adopted in all situations,” continuing on to say, “our central concern must be for the victims of crimes, both Palestinian and Israeli, arising from the long cycle of violence and insecurity that has caused deep suffering and despair on all sides.”

The ICC is an international judicial organization that was created by the Rome Statute Treaty of 1998 and was instigated to erect a set of international crimes. There are currently 126 member states worldwide, although it’s noteworthy that neither the U.S. nor Israel is a signatory.

According to their webpage, “The Office of the Prosecutor of the ICC conducts independent and impartial preliminary examinations, investigations and prosecutions of the crime of genocide, crimes against humanity, war crimes and the crime of aggression.”

The ICC’s authority is imbued by member states and the court’s jurisdiction is limited to potential crimes committed either by a member states, or against member states.

Given that Israel is not a signatory of the Rome treaty, not to mention the disputed context of the Palestinian territory, the ICC’s jurisdictional authority was a major hurdle for the international prosecutor to clear.

However, because the Palestinian officials signed onto the Rome Treaty in 2015, the ICC ruled “that the Court may exercise its criminal jurisdiction in the Situation in Palestine, and that the territorial scope of this jurisdiction extends to Gaza and the West Bank, including East Jerusalem.”

In the “Summary of Preliminary Examination Findings” provided by the ICC, the international body identified specific instances of possible crimes from 2014 on. However, the court stressed that “The Prosecutor’s investigation will not be limited only to the specific crimes that informed the assessment at the preliminary examination stage.”

Ultimately, it is likely to be years before the investigation is concluded and any possible charges are brought.

“It claims that when democratic Israel defends itself against terrorists who murder our children, rocket our cities, we’re committing another war crime," he said of the organization.

The prime minister complained that the ICC “refuses to investigate brutal dictatorships like Iran and Syria who commit horrific atrocities almost daily.”