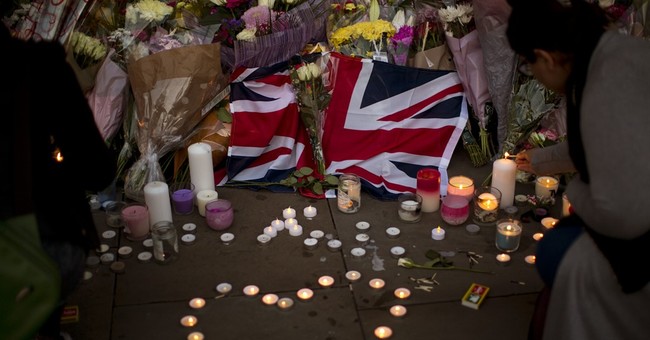 Captain Sir Thomas Moore, who gleamed as a beacon of positivity and determination during the pandemic’s darkest days, has died of coronavirus at age 100.

The British World War Two veteran set out in April of 2020, at the age of 99, to raise £1,000 for the UK’s National Health Service. His plan was simple, he’d walk 100 determined laps around his garden and with any luck be able to raise £10 per pass. However, something spectacular occurred, Capt Sir Tom became a national icon of hope and raised over £33 million in the process.

British Prime Minister Boris Johnson said of the late humanitarian, he “was a hero in the truest sense of the word. In the dark days of the Second World War he fought for freedom and in the face of this country's deepest post-war crisis he united us all, he cheered us all up, and he embodied the triumph of the human spirit.”

Here's a bit of behind the scenes fun to brighten your weekend - showing Captain Tom has a penchant for getting things just so...
"Well that's no good we like it perfect" #bloopers #TomorrowWillBeAGoodDay pic.twitter.com/BuiWvafWuP

The Army veteran was hospitalized late in January and subsequently tested positive for SARS-CoV-2, he latter passed away on Feb 2. According to his family, he was unable to receive a vaccination due to a likely reaction with his previously prescribed pneumonia medication. Capt Sir Tom is survived by two daughters and four grandchildren.

It was an initial bout with skin cancer that drove the aging man to look for a way to give back to the nation’s health care staff who had made such an impression during his own treatment. Describing the staff as both “marvelous” and “super,” the charismatic retired Captain decided he would do whatever he could to aid those risking their lives on the front lines of the mounting pandemic.

While his family was initially skeptical of the starting lofty goal of £1,000, the youthful veteran who served in both India and Myanmar during World War Two remained undeterred in his belief that he could help make a difference in the world around him.

As the media attention grew, and the amount of money raised skyrocketed, Capt Sir Tom remained the same modest, lite-hearted man throughout it all. Even while participating in some 700 hundred interviews, he never lost sight of the mission at hand and continually stood as the picture of humility.

The national treasure was knighted by the Queen in a special ceremony in July, and when asked for his initial reaction he remembered thinking, “this can’t be true”, and went on to comment that he “certainly was never anticipating that that letter would arrive.”

The life of Captain Sir Thomas Moore is more than deserving of the high praise and reverence that has been aimed in his direction. His story personifies the point that an individual’s impact on the world can be far greater than they ever imagined. What’s most important when attempting to help others is taking the first steps, even if those steps are only a few laps around your garden for a good cause.