Millennial Delegates Fight To Keep GOP From Becoming The "Next Myspace" 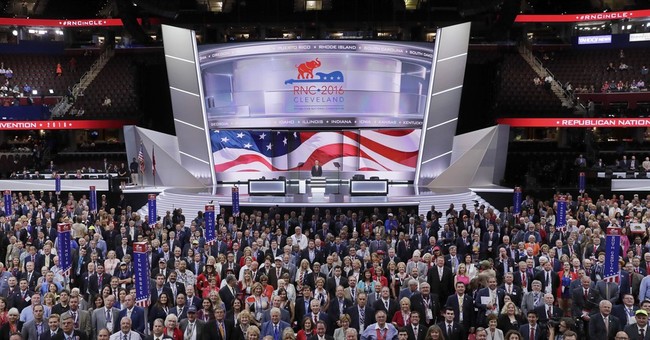 A group of delegates under the age of 30 have formed an informal youth caucus in an attempt to help the GOP better connect with youth voters, who they feel are overwhelmingly anti-GOP. "Republicans could be the next MySpace if we're not careful," said Sen. Mike Lee in a Tuesday address to the first meeting of the youth caucus.

These delegates feel that the parties reliance on fighting hard on social issues like same-sex marriage will further divide the party and could be the end of the party. "We fight very hard to ensure that a very small minority is not allowed to shape the agenda of our party," said Claire Chiara, a 22-year-old delegate from California.

The delegates are all about trying to have an open and civil discussion on how to fix our problems."If someone says they hate Trump, then hey, let's talk about it," said Jacob Lopez a 20-year-old delegate.

Jack Pickett, and 18-year-old delegate from Washington and one of the youngest delegates at the convention, believes that Trump's rhetoric is going to do great harm with his generation. "Right now, with Donald Trump as our nominee, (he) just doesn't play well to out generation," said Pickett.

Pickett called the nomination of Trump "a slap in the face" to bipartisanship. "His rhetoric is inflammatory, and he's divisive, and that's the reality."

Also, these delegates feel that those on both sides of the aisle are sick and tired of Washington's hyper-partisanship.

"We're not interested in partisan politics, gridlock and disenfranchisement anymore and I think you'll find that to be true of millennials on both sides," said Pickett.

One delegate feels that the GOP also has to do a better job of outreach towards youth because the Democrats have an advantage to reaching the youth with social media. "That's where they get most of their news," said Jack Bell an alternative Washington delegate. "So as a party we need to do a lot better job of reaching out to millennials."

Pickett believes the GOP must focus on the solutions they have to problems, not just what they oppose."Everyone knows what Republicans are against; our jobs are to let people know what we're for."

These delegates aren't the first to point this out, as famous pollster Frank Luntz believes the same thing. "We have lost. It's not like we are losing, we have lost that generation," said Luntz. "The fact that 58 percent [of millennials] say socialism is the better form of economics, that is the damage of academia."

The millennials strength as a voting block should not be underestimated as they now outnumber the Baby Boomer generation. Check out this Pew Research Center Poll below to see just how bad the millennial divide is becoming.