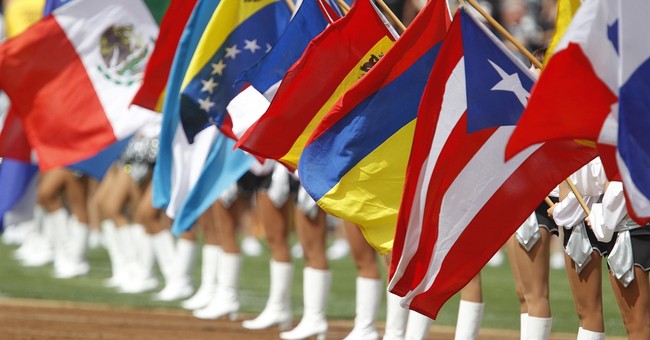 In a surprising twist of events, it looks like the Hispanic conservative community has decided to forgive Donald Trump for his remarks towards Hispanics, and now they plan to endorse the Republican nominee.

Alfonso Aguilar, head of the Latino Partnership, is the lead author of the letter released on Monday. This letter comes after the Hispanic community has criticized Trump for his remarks towards Mexican immigrants, his border wall idea and his comments towards Judge Curiel.

"We are not enamored with Donald Trump's bombastic rhetoric and personality. But at least we know that Trump won't divide the country and fuel the flames of racial confrontation by accusing the police and the entire criminal justice system of being racist," said the leaders.

The letter further explains how they believe Trump will be a much better leader than Clinton.

"We all know that Trump can better address the terrorist threat we face because, contrary to Clinton, he is willing to acknowledge and address its root cause: radical Islamic fundamentalism," wrote the leaders. "And we also know that Trump will reverse the current over-regulation and excessive taxation of business which stifles economic growth and prevents the creation of well paid jobs."

Aguilar, himself has been quite critical of Trump's remarks towards Mexican immigrants and his aggressive stance on immigration, but he believes that Hillary Clinton is a much worse option. "We felt that as offensive as Trump had been, Hillary would be much worse," said Aguilar.

He also believes that Clinton has a habit to "pander disgustingly." The most recent example he used was how she has promised to introduce a comprehensive immigration reform bill during the first 100 days of her presidency. "That's exactly what Obama promised and didn't deliver," said Aguilar. "Making the same type of promise-- it's an insult to our intelligence."

Check out the text of the entire letter below.

In the past weeks and months, many Americans have vividly seen and experienced the tough challenges facing the nation, including terrorist threats and attacks at home, unprecedented divisiveness and racial tension among our citizens, and a slow-growing economy that cannot create good paying jobs. Furthermore, their confidence in our leadership has eroded as they watch politicians use their positions for personal benefit, putting our national security at risk in the process, with the belief that they are above the law.

Like most, these events have given us pause and led us to see in a new light how decisive the next election will be for the future of our country.

During the primary, we took an active stance opposing the candidacy of Donald Trump. We were offended by some of his statements and views on immigration. We said in no uncertain terms that if he became the GOP nominee, we would not support him, campaign for him, or vote for him.

However, the magnitude and the frequency of the recent episodes of violence and terror, as well as the devastating statements from FBI Director James Comey regarding Hillary Clinton’s gross negligence in the handling of her official communications as Secretary of State, have led us to reconsider our position. We see now that we cannot remain silent as our great Republic, which Abraham Lincoln called "the last best hope of earth”, appears to be coming apart at the seams.

We’re convinced that if we allow Hillary Clinton to become president, the liberal policies of the last eight years of big government and social reengineering, which have led to the societal and economic malaise in which we now find ourselves, will be continued and perpetuated.

Furthermore, Clinton’s shady use of an unsecured private server to manage official communications, which included top secret and classified material, and continued lies to cover it up, perhaps even committing perjury before a House of Representatives panel, demonstrate that she does not have the character and ethical standards to be president.

We have, therefore, decided not only to vote for Donald Trump, but to actively campaign for his candidacy. Too much is at stake for America for us to remain neutral on the sidelines.

We are not enamored with Donald Trump’s bombastic rhetoric and personality. But at least we know that Donald Trump won’t divide the country and fuel the flames of racial confrontation by accusing the police and the entire criminal justice system of being racist. We also know that Trump can better address the terrorist threat we face because, contrary to Clinton, he is willing to acknowledge and address its root cause: radical Islamic fundamentalism. And we also know that Trump will reverse the current overregulation and excessive taxation of business which stifles economic growth and prevents the creation of well paid jobs.

We realize that much of the uproar over Trump within the Latino community has been over his comments and proposals on immigration. Democrats have certainly used it to pander to our community. But the reality is that Clinton cannot be trusted on immigration. She now portrays herself as a champion of immigrant rights, yet back in 2007 she voted for a poison pill amendment to kill immigration reform. Just two years ago, she called for the expedited removal of unaccompanied minors coming from Central America.

Let’s face it: Clinton doesn’t want a solution to immigration. Instead, she wants an issue to use for political gain to carry the favor of Latino voters. Like Obama, who promised immigration reform the first year of his term and then didn’t deliver, if elected, Clinton will not do anything to work in a bipartisan way to pass legislation to fix our dysfunctional immigration system.

Ironically, even on immigration, we may fare better with Trump. At the end of the day, he is practical and a deal-maker. He said recently that he doesn’t want to deport every single undocumented immigrant, and that he only called for the removal of those with criminal records.

Our country and our community cannot afford to have someone like Hillary Clinton in the White House at this crucial time in our history. We can, however, reverse the course of decline that America has been placed on by President Obama, a course which Clinton would undoubtedly follow.

We can fix America. We can turn things around. But the way to do that — the only way — is to vote for Donald Trump in November.

Rural America, Prepare for Biden's Newly-Proposed Tax
Townhall
WATCH as federal agents, 'under orders of Joe Biden', attack and disappear American citizen (we do this right, mainstream media?)
Twitchy
Mitt Romney Shares His Picks for the Future of the GOP, and Laughter Abounds
Redstate
Unity Watch: Sorry President Biden, the Honeymoon Is Over Before It Even Started
PJ Media