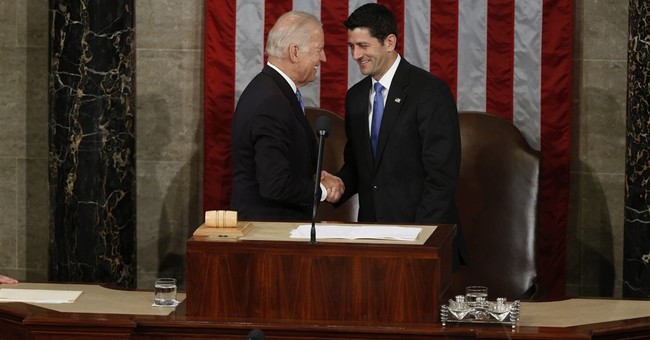 On Tuesday, Paul Ryan, Speaker of the House of Representatives, unveiled some of the hard policy work that he and his fellow congressional Republicans have been working on for months. The 35 page document titled “A Better Way: Our Vision for a Confident America” details exactly how the congressional GOP plans to deal with poverty in this country.

Ryan revealed the plan at a press conference in the Anacostia neighborhood in Washington. He was accompanied by Kevin Brady, the chairman of the House Ways and Means Committee, who reminded the crowd that the Republicans are serious about curbing poverty.

The plan starts off with an overview of our welfare system, and the various ills currently affecting it. The welfare system is projected to cost this country $744 billion this year, according to the Congressional Budget Office.

The plan identifies four key principles that the GOP will focus on implementing to repair our broken welfare system.

The first principle outlined is to expect work-capable adults to work or prepare for work in exchange for welfare benefits. A job is one of the best solutions for a person to escape poverty. In 2014, only 2.7 percent of full-time workers lived below the poverty level, whereas 32.3 percent of adults who do not work lived below the poverty line, according to the Census Bureau.

This document recommends several policy changes to accomplish this principle. One of the main suggestions is to require states to engage Temporary Assistant for Needy Families Program (TANF) recipients in work. TANF was created with a focus on getting jobs for those on welfare, but unfortunately this has been seriously undermined with the various waivers and exemptions created by the Obama administration.

Some other suggestions include better connecting child-support enforcement programs to workforce development activities, engaging beneficiaries as early as possible with effective reemployment strategies, reforming supplemental security income to focus on needed services and requiring housing to align with TANF benefits.

The next principle is to get incentives right so everyone benefits when someone moves from welfare to work. The main policy suggestions for this principle include increasing local decision-making on welfare, paying more for the effective welfare programs and less for the ineffective programs, reducing similar programs and increasing individual choice in housing assistance programs.

The third principle outlined is to measure the results. This plan intends to shift the government’s focus from the number of people enrolled to the number of people entering the workforce and leaving welfare. One main suggestion is to use the Evidence-Based Policy Commission Act of 2015 to collect data on our welfare programs and evaluate their successfulness.

This plan also suggests that Congress implements Social Impact Financing, which is a method used to raise private-sector capital. With this method the government would determine an outcome and agree to pay for that outcome. Then an intermediary identifies a provider and gets private investors to fund the provider. If the outcome is achieved then the investors are reimbursed by the government.

Another main suggestion is for Congress to use the “tiered evidence” model that would divide funding into three categories. This means first that Congress would fund the development and preliminary testing of new ideas, then seriously evaluating those ideas that pass the first stage and finally funding the expansion of programs that have proven to be effective.

The final principle outlined in this plan is to focus on the people who need it the most. Improper payments, a huge problem with our welfare system, totaled $125 billion in 2014 according to the document. An improper payment occurs when “someone receives an incorrect amount of funds, funds go to the wrong recipient, there is no documentation to support payment, or the recipient uses funds inappropriately,” according to the document.

The main policy suggestions in this area include aligning program data and expanding use of information technology to prevent incorrect payments.

This is just the start of the GOP’s plans to release policy plans. In the coming weeks the GOP plans to release plans on national security, health care, taxes, regulatory reform and reasserting Congress’s constitutional authority, according to The Washington Post.