Obama to Business: I Know How To Run Your Company Better Than You Do 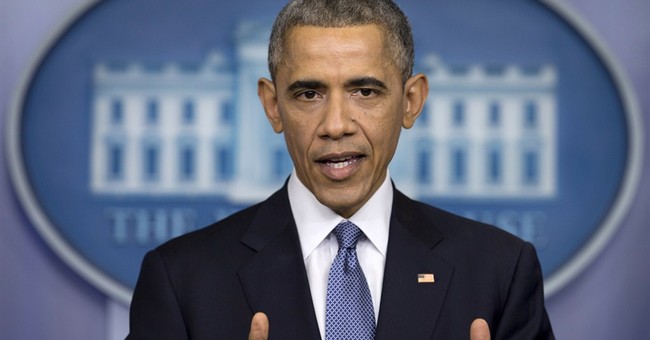 Asked what the White House message to small business owners who are concerned Obama's proposed new mandatory paid sick leave policy could hurt their bottom line, Earnest replied, "I think the president would have a different view which is to say that this is good business and I think there are any number of examples I can cite for you where businesses have chosen to put in place these policies and it's served to reduce the turnover associated with their employees, but also increase their employees productivity."

In his State of the Union next Tuesday, Obama will call on Congress to pass new legislation mandating that all employers give all employees seven paid sick days a year.

Also on Thursday, Obama also signed a Presidential Memoranda, directing all federal agencies to give federal workers six weeks of paid paternal leave for parents with a new child. Obama's own Council of Economic Advisers estimates that this policy will cost taxpayers at least $250 million in just the first year.

Obama also will call on Congress to pass similar legislation forcing all American companies to offer the same six weeks of paid paternal leave, although the White House did not say how much money this would cost the nation's employers.