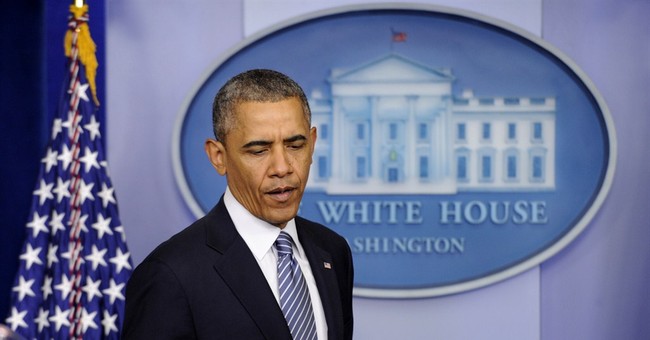 "It is a permit to enter the United States."

That is what Edilberto Lanza Mejia, a 26-year-old from Honduras, told The Houston Chronicle about the documents given to him by U.S. immigration official before they released him at a bus station in McAllen, Texas.

Lanza had crossed the border form Mexico five days earlier along with his wife and three children. They had been in a cell ever since waiting for the Border Patrol to process them. But with groups of 80 to 90 people asking border agents to arrest them everyday, the system has been overwhelmed. There is just no place to house everyone until their case can be adjudicated so the Border Patrol is simply letting them go with a promise that they voluntarily report to immigration officials weeks later.

"Within hours of arriving," the Chronicle reports, "Lanza borrowed a cellphone in the bus terminal. His wife called her sister in North Carolina, who paid for their fare to Greenville. They had tickets for the last bus out that night, leaving at 11:30."

The Obama administration claims that this flood of families coming to Texas is being caused by recent violence in Central American countries. But Central America is no stranger to turmoil. The flow of minors coming to the United States illegally has been pretty steady for over a decade.

The Christian Science Monitor reports that, "During the decade preceding fiscal year 2012, the federal government agency tasked with caring for unaccompanied minors who cross the border illegally dealt with an average of 7,000 to 8,000 cases a year... In fiscal year 2011, the number was 6,560. The following year, however, the number jumped to 13,625. This fiscal year, which ends Sept. 30, 2014, federal officials are estimating that the number could be 80,000, according to an internal memo cited by The New York Times."

Hmmm... What happened in 2012 that would cause the number of unaccompanied minors who illegally cross the border to more than double that year and then increase exponentially after that? From CSM:

Of course, nothing was ever temporary about the DACA program. The two year time limit Obama created from thin air made no sense logically or morally at the time, and it makes no more sense today. That is why the news that he re-upped the status for another two years made such little news last week. Everybody expected it.

But just as the time limits for "temporary status" through DACA make no logical, moral, or practical, sense, none of the other arbitrary lines in the program do either. PBS NewsHour‘s Jeffrey Brown did a great job of pressing President Obama’s director of domestic policy, Cecilia Munoz about this when DACA was first announced:

Brown: Now if this is the right thing to do as the president said several times today, what is the logic for stopping it at age 30? Why isn’t someone whose age 31 who has gone all the same... who has spent all these years in the United States and gone to school and had a job or served in the military why not... why isn’t he or she eligible?

Munoz: Well if you look at the version of the DREAM Act that passed the House of Representatives in 2010, the cutoff date in that legislation was the age of 30 so there has been some discussion about a similar population of young people and that is where the discussion landed.

But the DREM Act's age 30 cutoff makes no more sense than Obama's. Why shouldn't those illegal immigrants who entered the country before December 31, 2011, which is the cut off date in S. 744, also be eligible? What is the moral case for letting someone who arrived in 2010 stay, but deporting the Lanzas who arrived just last week?

There is none. And that is the lie that is at the core of every amnesty program, from the DREAM Act, to DACA, to S. 744: the randomly chosen date that divides non-citizens who will be rewarded for illegally entering the U.S., from those who didn’t illegally enter the United States soon enough. That line just simply isn't credible. There simply is no moral or logical reason to reward the first group and punish the second.

And that is what Central Americans have figured out. They know that if President Obama won't deport DACA eligible immigrants today, he won't deport new arrivals tomorrow either. They are calling BS on Obama's DACA lie.

"They're saying that women and children are allowed to stay," a recently detained undocumented immigrant from Guatemala told CSM last week. “If you make it, they take you to a shelter and take care of you and let you have permission to stay,” 13-year-old Robin Tulio told The New York Times. “When you appeal your case, if you say you want to study, they support you.”

Texas Gov. Rick Perry has asked Obama to change his immigration policies, particularly the practice of releasing illegal immigrants into the United States with only a promise to appear in court. "We need a policy change so we can send these families and children back home instead of turning them loose," a Homeland Security official told The Houston Chronicle.

Until that happens, the situation will only get worse.