Yes, Obama Lied About Keeping Your Insurance, And Here Is Why It Matters 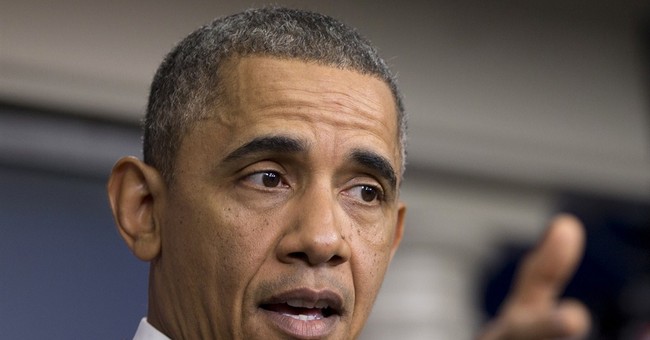 If you asked my wife if she had ever lied to me, she would probably say, 'no.' And for the issues that really matter she is right: My wife has never intentionally told me something important that she knew wasn't true.

But, technically, in the course of a almost 15-year relationship, she has told some minor fibs. For example, for my 30th birthday we agreed to have a quiet diner with a few friends at a resteraunt in downtown DC. But on the day of the dinner, one of those friends, who lived near my office at the time, asked if I wouldn't mind sharing a cab.

I said, "No problem," and when she then added that she had left her jacket at a near-by restaurant the night before, I didn't think anything of it. She had a well established habit of having fun at bars and leaving possessions behind.

It wasn't until we got to the nearby restaurant's lobby and I saw my two-year old son dart out of a side room that I realized I hadn't been told the truth. My wife had changed restaurants and invited family, college, and high school friends from across the country for a surprise birthday party. I was elated.

So while my wife did technically, "lie" to me, it was what many Americans consider to be a "white lie" that was quickly forgiven and even appreciated.

President Obama seems to have made a very similar calculation when he told the American people, "If you like your health insurance plan, you can keep it."

First, let's dispense with the fiction that Obama did not know that his "you can keep it" statement wasn't true.

Evaluating Republican claims that Obama lied, the Christian Science Monitor's Brad Knickerbocker wrote last week, "Whether or not Obama knew early on that some people would be kicked off their health insurance policies may never be known. There’s no smoking gun – no secret Oval Office tape – so far."

Actually, that is not quite true. There is a tape. A video actually. But it is not secret and it took place in the Blair House, not the Oval Office. Responding to Rep. Eric Cantor's (R-VA) claim that the CBO has certified that 8 to 9 million Americans would lose their current insurance due to Obamacare, Obama replied (fast forward to 2:38:30):

Well, let me -- since you asked me a question, let me respond. The 8 to 9 million people that you refer to that might have to change their coverage -- keep in mind out of the 300 million Americans that we're talking about -- would be folks who the CBO, the Congressional Budget Office, estimates would find the deal in the exchange better. It would be a better deal. So, yes, they would change coverage, because they've got more choice and competition. So let's just be clear about that, point number one.

So Obama knew, he admitted in the video above, that his statement, "If you like your health insurance plan, you can keep it," was false.

But Obama rationalized that false statement by adding, "folks ... would find the deal in the exchange better. It would be a better deal."

This is the same rationalization Obama is still using today. Here is his recent exchange with NBC News' Chuck Todd:

Todd: Do you feel like you owe these folks an apology for misleading them? Even if you didn't intentionally do it, but at this point, they feel misled. And you've seen the anger that's out there.

Obama: You know -- I regret very much that -- what we intended to do, which is to make sure that everybody is moving into better plans because they want 'em, as opposed to because they're forced into it. That, you know, we weren't as clear as we needed to be -- in terms of the changes that were taking place . And I want to do everything we can to make sure that people are finding themselves in a good position -- a better position than they were before this law happened.

Keep in mind that most of the folks who are gonna -- who got these cancellation letters, they'll be able to get better care at the same cost or cheaper in these new marketplaces. Because they'll have more choice. They'll have more competition. They're part of a bigger pool. Insurance companies are gonna be hungry for their business.

Imagine if my wife and I hadn't been in a relationship for 11 years by the time my 30th birthday rolled around. What if we had been dating only 11 weeks?

And what if I loved the first restaurant I chose, and hated the location she chose for the surprise party? And what if I didn't even like any of the people she invited? Or if I had invited more friends to join us at the other restaurant. The birthday would have been ruined.

Now imagine she then refused to even acknowledge that she lied to me. Would you stay with someone that did that to you?

President Obama's approval ratings are in free fall as are his personal favorability ratings which, are in negative territory for the first time ever. Until Obama levels with the American people, and admits he lied to them, and apologizes, he will never be able to rebuild his credibility.