Obama is the One Selling Scam Insurance Policies 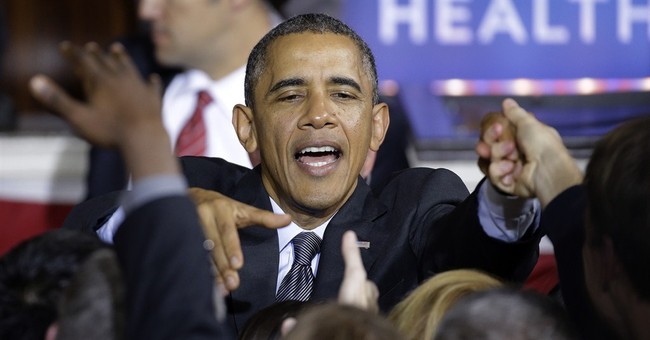 But, now that millions of Americans are receiving letters from their insurance companies informing them that their current health care plans are being cancelled thanks to Obamacare, every honest journalist who has looked at the matter has admitted that Obama lied.

But, instead of admitting he lied, and apologizing, Obama doubled-down on his deceit yesterday, accusing his critics of being "grossly misleading" about Obamacare:

So anyone peddling the notion that insurers are cancelling people’s plan without mentioning that almost all the insurers are encouraging people to join better plans with the same carrier, and stronger benefits and stronger protections, while others will be able to get better plans with new carriers through the marketplace, and that many will get new help to pay for these better plans and make them actually cheaper -- if you leave that stuff out, you’re being grossly misleading, to say the least.

But is that true? Are the new plans on the exchange really that much better than the plans currently sold by insurance companies?

Not if you want to receive care at the nation's top hospitals they aren't. U.S. News reports:

Americans who sign up for Obamacare will be getting a big surprise if they expect to access premium health care that may have been previously covered under their personal policies. Most of the top hospitals will accept insurance from just one or two companies operating under Obamacare.
...
Regulations driven by the Obama White House have indeed made insurance more affordable – if, like Health and Human Services Secretary Kathleen Sebelius, you're looking only at price. But responding to Obamacare caps on premiums, many insurers will, in turn, simply offer top-tier doctors and hospitals far less cash for services rendered.

Watchdog.org looked at the top 18 hospitals nationwide as ranked by U.S. News and World Report for 2013-2014. We contacted each hospital to determine their contracts and talked to several insurance companies, as well.

The result of our investigation: Many top hospitals are simply opting out of Obamacare.

Chances are the individual plan you purchased outside Obamacare would allow you to go to these facilities. For example, fourth-ranked Cleveland Clinic accepts dozens of insurance plans if you buy one on your own. But go through Obamacare and you have just one choice: Medical Mutual of Ohio.

You can read the full U.S. News report here, as well as previous reporting on how Obamacare limits patient choices here.