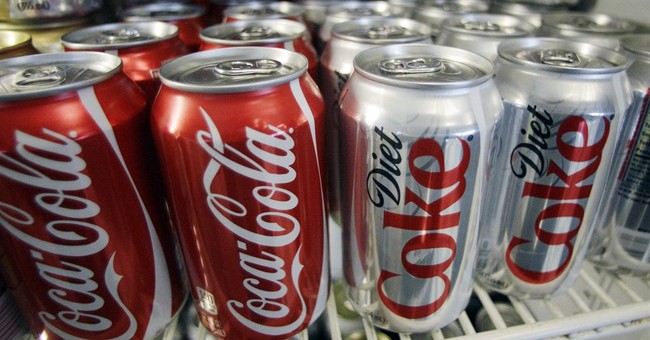 On Monday, Americans awoke to news of an attempted terrorist attack in New York City. Thankfully, nobody was seriously injured in the attack, which was believed to be a failed suicide bombing carried out by someone inspired by ISIS.

But beyond that, CNN had some really pressing news to report: President Donald Trump sure does drink a whole lot of Diet Cokes, eh?

CNN is on it this morning pic.twitter.com/nzy0KbaFwY

Apparently, a New York Times report suggests that Trump drinks a dozen cans of Diet Coke a day. Which, while this probably makes Trump's dentist wince a little bit, doesn't seem to be a matter of national security. Nor does this seem like it would be more important than reporting on an attempted terrorist attack in a major American city, but then again, I'm not the one making programming decisions over at CNN.

CNN was criticized for covering this bizarre "story" when there were clearly other pressing events happening.

Remember when everyone criticized Fox News for talking about the hamburger emoji? I would love people to give the same scrutiny to @CNN and @MSNBC, who cut away from a terror attack to talk about Trump watching TV and drinking diet coke. https://t.co/zyVItvY2ul

Hey @cnn I normally would not support Trump .... but that last segment on his TV and Diet Coke habbits was horrible... move on to real news not gossip and complete speculation... esp when a pipe bomb just went off in NYC

8:45, more than an hour after the pipe-bomb story broke, CNN was busy with Trump’s diet Coke. Note the ticker at the bottom right of “NYPD responding” pic.twitter.com/x2miM3LnLm

Been bouncing back and forth between CNN and Fox to compare coverage of the NYC attack this morning. CNN took a break to update us on Trump’s Diet Coke intake. pic.twitter.com/1MYAyte57q

At 8:46 am today, just more than an hour after an attempted suicide bomb attack in Manhattan, NY, CNN were reporting about Trump drinking 8 Diet Coke’s a day. Let that sink in.

Full disclosure: I'm not a soda drinker (carbonated beverages aren't my thing), and I've probably had fewer than 12 cans of soda total in my entire life. The concept of drinking that many a day is something that my brain can't really comprehend. Regardless, if Trump wants to do this he totally can as he's a free American who can do what he wants, including (reportedly) drinking over a gallon of Diet Coke a day.

But for the love of Pete, it'd be best for everyone if our news channels stuck to covering actual news.