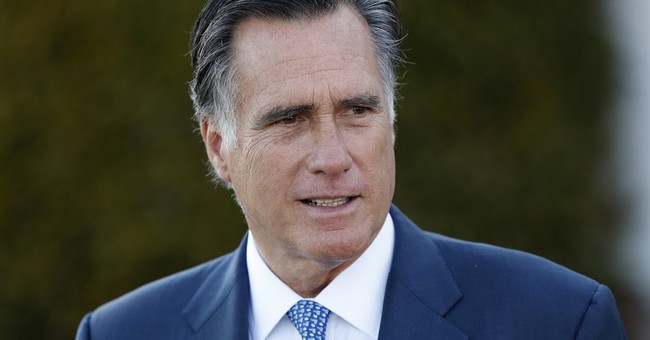 Former GOP presidential candidate-turned-potential Utah Senate candidate Mitt Romney did not hold back in his criticism of Alabama Senate candidate Judge Roy Moore. Monday afternoon, Romney tweeted that it would be a "stain on the GOP and on the nation" if Moore were to be elected and seated in the Senate. He also called Moore accuser Leigh Corfman and the other women "courageous heroes" and reiterated that Republicans maintaining the Senate majority is not worth "losing our honor, our integrity."

Roy Moore in the US Senate would be a stain on the GOP and on the nation. Leigh Corfman and other victims are courageous heroes. No vote, no majority is worth losing our honor, our integrity.

Earlier in the day, President Donald Trump officially endorsed Moore for Senate. He tweeted twice about how it is important for Alabama to elect a Republican and not a "Pelosi/Schumer Liberal Puppet," Doug Jones.

Democrats refusal to give even one vote for massive Tax Cuts is why we need Republican Roy Moore to win in Alabama. We need his vote on stopping crime, illegal immigration, Border Wall, Military, Pro Life, V.A., Judges 2nd Amendment and more. No to Jones, a Pelosi/Schumer Puppet!

Putting Pelosi/Schumer Liberal Puppet Jones into office in Alabama would hurt our great Republican Agenda of low on taxes, tough on crime, strong on military and borders...& so much more. Look at your 401-k’s since Election. Highest Stock Market EVER! Jobs are roaring back!

Alabama will vote on December 12.