'House of Cards' To Continue Without Kevin Spacey 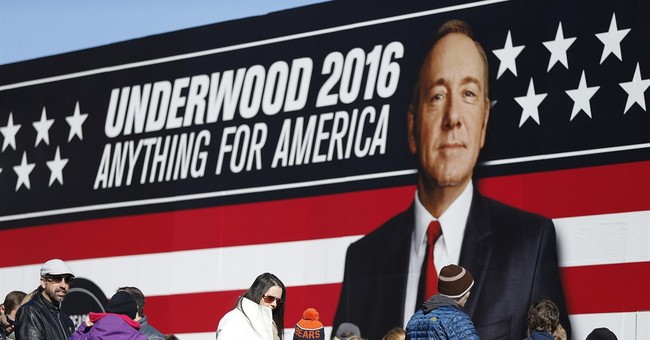 "House of Cards" will resume production in 2018 without star Kevin Spacey, according to an article in The Hollywood Reporter. Previously, the show had been suspended after multiple people came forward to say that Spacey had sexually assaulted them or attempted to sexually assault them. Spacey was subsequently fired from both the show and from another Netflix feature. In an unprecedented move, he was also edited out entirely of a film he had just completed and will be replaced with another actor.

Robin Wright will now be the main actress of "House of Cards" for its final, eight-episode season.

"We are excited to bring closure to fans," he said, acknowledging the work of the production crew whose jobs have been up in the air after multiple people accused Spacey of sexual assault.

The decision finalized what has been expected ever since producer Media Rights Capital shut down production on the show in November following reports of sexual misconduct against Spacey, who plays Frank Underwood in the series. It was considered likely that Spacey would be written out of the show.

After the allegations surfaced, Spacey attempted to deflect the attention from the accusations by revealing that he is gay. This move was widely criticized by just about everybody.

The sixth season of "House of Cards" will air later in 2018.