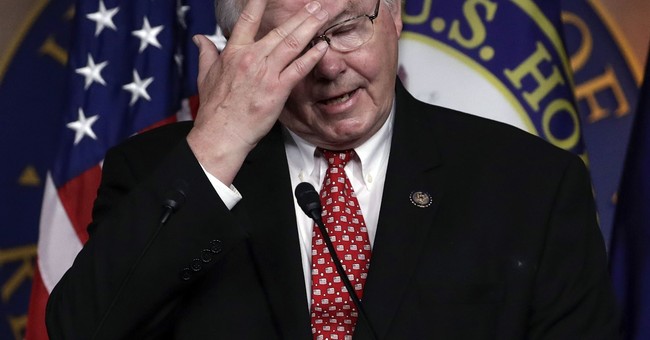 Rep. Joe Barton (R-TX) will not seek another term, he announced on Thursday. Barton had served in the House of Representatives since 1985.

Earlier this month, a nude photo of Barton was shared on the internet by a woman with whom he had previously had a consensual relationship with. Barton divorced his second wife in 2015.

WASHINGTON (AP) _ Texas Republican Rep. Joe Barton says he will not seek re-election after nude photo of him was posted on social media.

"I am announcing today that I will not seek re-election in 2018. To the people of the 6th District, thank you for your support and friendship," said Bartonin a statement.

After the image appeared on the internet, Barton apologized to his constituents and said he should have exercised "better judgment." He does not know who released the image.

While Barton definitely should have been more careful with whom he was sexting, it's pretty disturbing that this was used to take down his career. Both himself and the woman were consenting adults in a relationship--he isn't a predator.