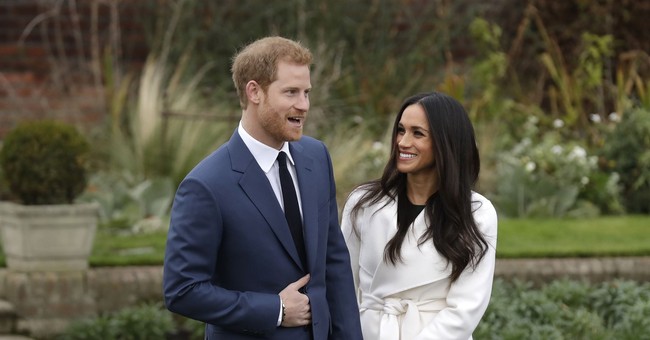 Congratulations are in order to Prince Harry and Meghan Markle, who announced their engagement on Monday. The two will wed in Spring 2018.

The Prince of Wales has announced the engagement of Prince Harry and Ms. Meghan Markle. pic.twitter.com/rtlAnFCWTf

The Prince of Wales is delighted to announce the engagement of Prince Harry to Ms. Meghan Markle. pic.twitter.com/zdaHR4mcY6

The pair have been dating since mid 2016, and made their first public appearance as a couple last November. Prince Harry popped the question in London earlier this month, but the engagement was not announced until just now.

Markle is an actress who currently stars on the television show "Suits." She was born and raised in Los Angeles and graduated from Northwestern in 2003. Earlier in November, she announced that she would not be returning to the show after its seventh season, which fueled rampant rumors of her engagement to Prince Harry.

Prince Harry's father, Charles, and stepmother Camilla issued a statement wishing them well and saying they were "thrilled" by their engagement.

On the news of Prince Harry and Ms. Meghan Markle's engagement, The Prince of Wales, speaking for himself and The Duchess of Cornwall, said: "We're thrilled. We're both thrilled. We hope they'll be very happy indeed."

The Queen echoed this sentiment, and said they were "delighted."

The Queen and The Duke of Edinburgh are delighted for the couple and wish them every happiness. https://t.co/aAJ23uSbao

Additional details about the upcoming royal wedding, such as the date and location, will be released in due time. It's unlikely the Queen will attend as Markle is a divorcée and was previously married from 2011 until 2013.

Best wishes for a happy marriage!