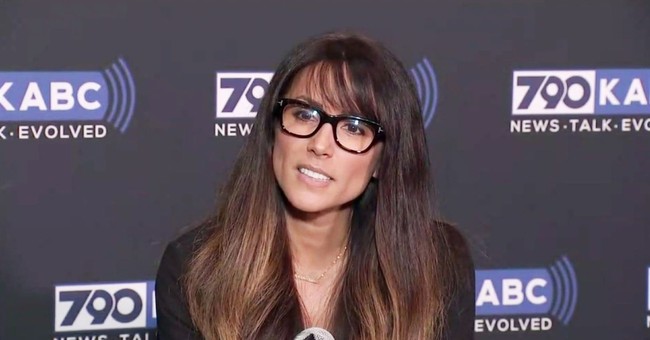 On Thursday, radio anchor Leeann Tweeden came forward and claimed that Sen. Al Franken (D-MN) forcibly kissed her and groped her while she was asleep during a USO Tour in the Middle East in 2006. While most sane people were utterly disgusted by these allegations (which had photographic evidence to boot), some on the left took a slightly more problematic approach: Hey, did you know that Tweeden posed nude in magazines, likes guns, and is a conservative?

Leeann Tweeden as she appeared on TV to accuse @alfranken and her nude centerfold from Playboy. Quite the transformation. I don't care what party a person belongs to. Perverts need to be held accountable but false accusations aren't cool, either. pic.twitter.com/WfZXcOl1bP

The jury's still out on LeeAnn Tweeden and Al Franken but here's some pictures from her FB and IG pages. Hardly the bespectacled frump she portrayed on TV today. LOL. She's a Playboy Playmate, a gun fanatic and a tRump supporter. You decide. pic.twitter.com/jF9U510MVu

First of all, who cares? It doesn't matter whether Tweeden modeled for Playboy or modeled in a full burka for a different magazine. She has the right to make that choice, and she exercised her agency in making that choice. Posing nude is not an invitation for people to make their way with someone without their consent. She did not want to be kissed by Franken, and she was asleep when he was photographed groping her breasts. She had no choice in the matter.

Further, it doesn't matter who she voted for or what she thinks about gun rights. A Jill Stein voter doesn't deserved to be groped or kissed against her will either. (And of course she looked different appearing on television compared to how she looked in a men's magazine--context matters!)

Regardless of political party and regardless of any sort of job history, people deserve to be treated with respect. Let's not forget that.