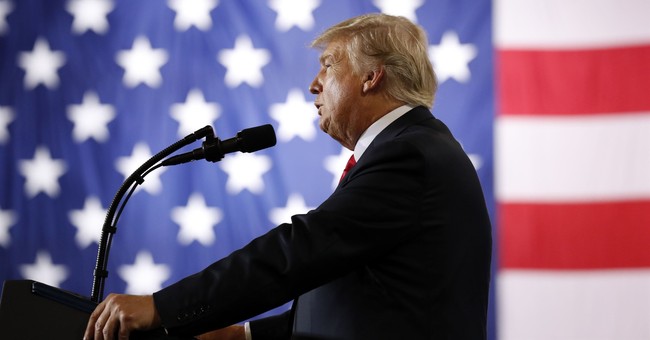 President Donald Trump has signed an executive order that allows for the creation of "Health Associations" that allow people to come together to buy lower-priced and competitive insurance plans across state lines.

Standing alongside Sen. Rand Paul (R-KY), who worked with Trump to write the order, along with VP Mike Pence and several small business owners, Trump said that Obamacare had been "rammed" through, and that it has not worked as planned. Trump noted that one out of three counties in the United States have only one insurance option, which is essentially the same as having no choices at all.

"This will cost the United States government virtually nothing, and people will have great, great healthcare," said Trump.

Trump stated that the formation of associations would create new opportunities for employers to buy plans for their employees, and would result in more options for people who currently do not have insurance. He said that these changes are aimed at creating lower prices and increasing competition, and that insurance companies would be "fighting" to lower prices to get more people signed up.

Trump then brought up two small business owners from Louisiana, who used to use association plans for their employees, yet they could no longer afford those plans after the passage of Obamacare. He said that he hopes that this executive order is able to make these options an affordable reality once again.

In addition to the health association plans, Trump said that he will explore the expansion of "short-term limited duration insurance," which are plans that are not subject to Obamacare's expensive regulations. Previously, these plans were only available to last for three months, but Trump seeks to expand these types of inexpensive plans and make them more widely available. He has also tasked various secretaries to look into "Health Reimbursement Accounts" that would assist small business owners in reimbursing their employees for healthcare expenses.

After speaking, Trump nearly left the room without actually signing the order, and turned around once reminded by Pence. The order was then signed.