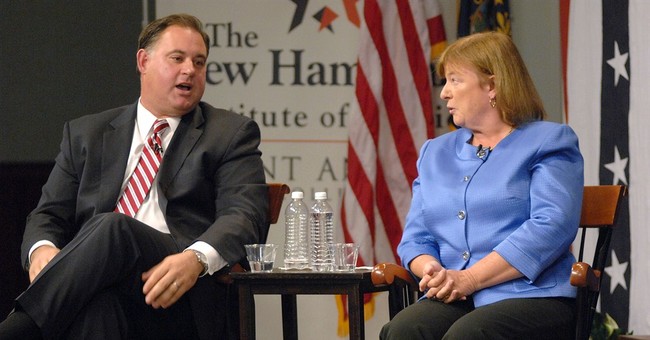 Rep. Carol Shea-Porter (D-NH) will not seek reelection, her office announced on Friday. Shea-Porter's district, New Hampshire's 1st, was considered to be a highly competitive district and was one of the few districts to be won by both a Democrat representative and Donald Trump in the presidential election. Shea-Porter was elected to Congress in 2016, but previously served in the House of Representatives from 2007 until 2011 and again in 2013 through 2015, having gone in a relatively unique back-and-forth with former Rep. Frank Guinta (D-NH).

In her statement, Shea-Porter thanked the people of New Hampshire for electing her, but said that she felt the "tug of family" during a reunion on the Fourth of July, and therefore would be retiring.

Shea-Porter's retirement came as quite a shock for both New England and national politicos, who were eagerly anticipating the fifth match-up between her and Guinta.

The New Hampshire Democratic Party thanked Shea-Porter for her "unflinching devotion" to "the 99% of the rest of us" and said that she would be missed.

The 1st district has been incredibly back-and-forth politically. It will be quite interesting to see who gets elected next November.