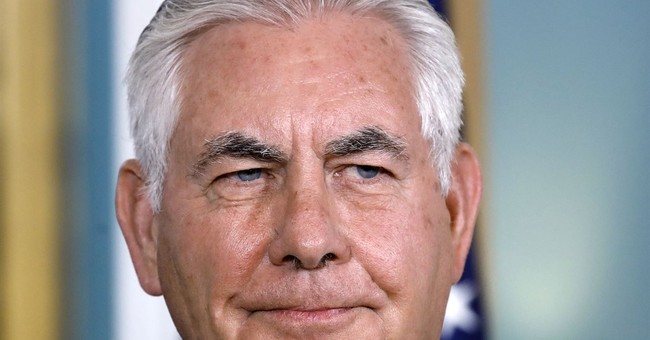 UPDATE: Following a brief statement, Secretary of State Rex Tillerson reiterated that he is not planning on leaving his position as Secretary of State, he's still committed to President Donald Trump, and that he wanted to speak on Wednesday to dispel any notion that he had ever considered stepping down. Tillerson said that reports alleging that Trump had to beg him to remain in his position were false as he has never wanted to leave.

He also discussed how he believes that Trump's "America First" policies have helped people around the world, and that he is confident that results will be achieved. He then said that Trump loves the United States and the American people.

When asked to confirm the reports that Tillerson called Trump a "moron," Tillerson effectively dodged the question and said that he was not from Washington and therefore did not "deal with this petty nonsense."

Watch the full statement below:

Sec. Tillerson: My commitment to the success of our @POTUS & the country is as strong as the day I accepted his offer to serve as SecState. pic.twitter.com/MK8mg70t1x

COMING UP: Secretary of State Rex Tillerson due to make an unscheduled statement https://t.co/0AyMG9EEoH pic.twitter.com/nb0iBwKdoo