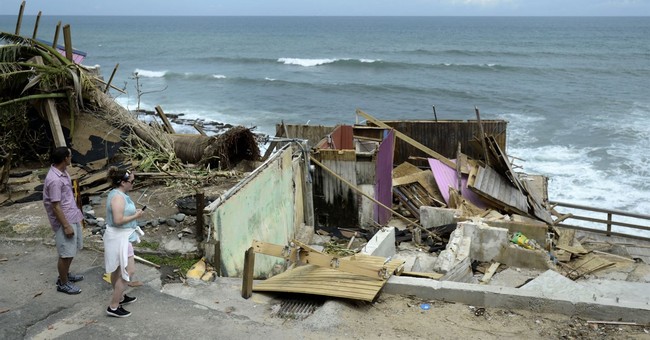 President Donald Trump will visit Puerto Rico next Tuesday as the island recovers from the devastation wrought by Hurricane Maria. Trump made this announcement early on Tuesday morning, saying the island was "hit as hard as you can hit."

BREAKING: Trump says he'll visit Puerto Rico on Tuesday, says island was `hit as hard as you can hit'

On Monday night, Trump broke his Twitter silence about Puerto Rico, describing how the island, which was already in rough state in terms of infrastructure, had been walloped by the storm and needs lots of other aid in addition to hurricane recovery efforts.

Texas & Florida are doing great but Puerto Rico, which was already suffering from broken infrastructure & massive debt, is in deep trouble..

...It's old electrical grid, which was in terrible shape, was devastated. Much of the Island was destroyed, with billions of dollars....

...owed to Wall Street and the banks which, sadly, must be dealt with. Food, water and medical are top priorities - and doing well. #FEMA

Officials on Puerto Rico praised Trump and FEMA's response thus far to the storm. Governor Ricardo Rossello said he was "very grateful" for the Trump administration, and said that they moved quickly to deal with the storm. Rossello said that he has spoken to Trump several times.

This “the White House is ignoring Puerto Rico” line that has popped up tonight is a brazen and cynical lie. https://t.co/vD3FjKtZju pic.twitter.com/r1jNv1L9Ny

DeSantis Challenger Makes Unhinged Comment About Opposition to Critical Race Theory
Townhall
Just hook it to our veins: @redsteeze has been working on an incredible collection of 'libs freaking out over Jon Stewart believing in science'
Twitchy
More Evidence Emerges That Joe Biden Is Not Well
Redstate
INFIGHTING: Harris vs. Biden Over Who Owns the Border Crisis
PJ Media