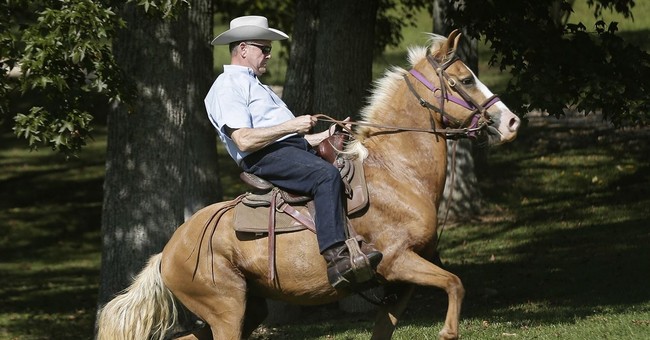 UPDATE: The Associated Press has called the election for Moore.

Moore will face Democrat Doug Jones in the general election.

Roy Moore is the projected winner of the Alabama Senate run-off election, defeating Sen. Luther Strange (R-AL). Moore also won the August election with 39 percent to Strange's 33 percent, which triggered Tuesday's runoff. Moore was first projected to be the winner about an hour after polls closed, but major networks were more cautious before making a call. (The AP made the call shortly before 9:30 p.m. EDT, about 90 minutes after polls closed.)

MOORE WINS: While I dont have Baldwin or Shelby, the results coming in are showing Moore picking up what he needs...and then some. #ALSEN

Interestingly enough, the Senate Leadership Fund conceded the election before the Associated Press made a call.

Senate Leadership Fund concedes before the AP calls it!!!! pic.twitter.com/2mj8dzD5Yz

Leading up to election day, polls showed Moore with a double-digit lead over Strange. Strange, despite an endorsement by President Donald Trump, never took off in the polls as support for Moore swelled throughout the state. Strange was appointed to replace then-Sen. Jeff Sessions, who is now the United States Attorney General.