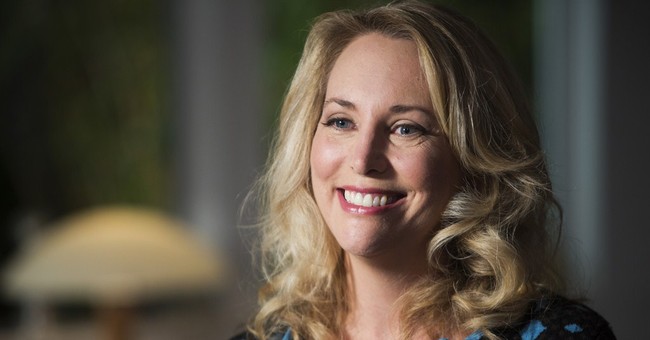 Outed former CIA officer-turned-anti-Trump activist Valerie Plame was accused of anti-Semitism on Thursday when she tweeted an article from UNZ Review that stated that America's Jews are responsible for wars.

In an effort to save face, Plame defended the tweet because she's of Jewish descent and that a lot of American neoconservatives are Jewish.

1) First of all, calm down. Re-tweets don't imply endorsement. Yes, very provocative, but thoughtful. Many neocon hawks ARE Jewish. https://t.co/m5oGgKPo2a

2) Just FYI, I am of Jewish decent. I am not in favor of war with Iran, or getting out of the Iran nuclear treaty. There are simply https://t.co/AR3Jsl1yml

3) too many who are so ready to go to war. Haven't we had enough for awhile?
4) Read the entire article and try, just for a moment, to https://t.co/wyd3uJ06nt

put aside your biases and think clearly. https://t.co/dHsVF8ZCH6

However, when one follows Plame's advice and reads the entire article...it becomes fairly apparent that there's some pretty offensive stuff in there. Namely, that Jewish people should be labeled as "Jewish" when appearing on television.

The article that Valerie Plame shared calls for Jews to be systemically discriminated against and labeled as "Jewish" when speaking on TV. pic.twitter.com/kkJzmvmzym

In later tweets, Plame said she "messed up" and focused only on the "neocon criticism" in the piece. This is odd, considering she had chided Twitter users for not reading the entire article just hours earlier.

OK folks, look, I messed up. I skimmed this piece, zeroed in on the neocon criticism, and shared it without seeing and considering the rest.

Apologies all. There is so much there that’s problematic AF and I should have recognized it sooner. Thank you for pushing me to look again.

However, this is questionable as she's retweeted many things from the same site before, all with similar themes.

This is a farcical lie. She has retweeted this author's other pieces (all on the same "Jews start wars" theme) many, many times in the past. https://t.co/cTmgUCu7zX

As a reminder, Plame is the same person who (sort-of) attempted to buy Twitter in order to delete President Donald Trump's account due to the "horrible things" the president has done on the site. It's unclear as to whether anti-Semitism counts in Plame's mind as a "horrible thing."